I’m a 28 year old woman and every boyfriend I’ve had for the past 9 years has died. I feel cursed and don’t know how to do. 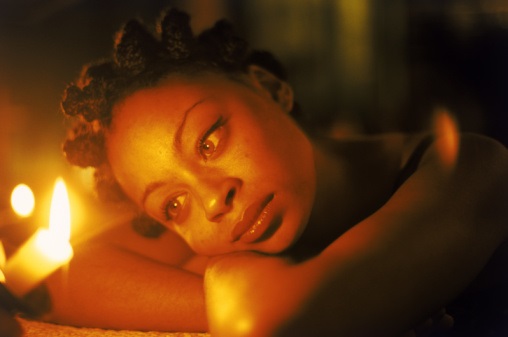 The first partner I had was when I was 18 years old and fresh out of high school and his name was James. It was a casual relationship in the sense that both of us were just enjoying that transient stage of life where you travel, work a bunch of random jobs, meet new people & let go of old ones; but it was a serious relationship in terms of the way we felt about each other. We adored each other and never really got sick of each other, neither of us had any future plans but we just didn’t care because we felt like we could tackle anything together and both of us were independent spirits in a way too. Unfortunately a year and a half into our relationship James was in a car accident (not his driving that caused it) and didn’t make it. That was an awful time in my life that broke me apart but with support from friends and family as well as James’ family, I managed to continue moving forwards in life.

A couple of years later and I’m 21, I meet Hamish. He knew pretty early on what I had been through and was an absolute gem about everything. He was in his late 20s and had kind of secured his place in the world already and in a way he kind of anchored me; something I didn’t know how much I needed and wanted til it did. We made a partnership and after about 8 months together I moved in with him. He had his own house and a steady job already, and I had just started my degree so I played homemaker a lot of the time (did contribute with a part time job too) and things really fell into place naturally. I had finally began to trust that I could be happy again when I got a call from his worksite that he had been injured at work and was enroute to hospital. Unfortunately he sustained a serious head injury and didn’t regain consciousness. His family (who I had only met a couple of times) pulled him off life support a week later and that was that. I fell into a much deeper depressive hole this time round. It didn’t help that I also lost the home I had with him since we were not married at his time of death so in a blur of grief and depression I was also packing boxes and had to move back in with family because I couldn’t afford a rental on my own. I dropped out of college and tried to figure out some semblance of normal. Again.

At 24, about 10 months after Hamish’s passing, I meet Adam at a community event. We hit it off but I was definitely not looking for a partner at that point in time so we were friends for a few months and spent a lot of time doing activities together, volunteering together and just being in each other’s company. He introduced me to his wide circle of friends which really helped me out because after Hamish passed, a lot of my old ones had not stuck around. Adam and I reached boiling point on a group camping trip and ended up sharing a tent and confessing feelings. He understood my hesitation to take things further and basically said he could be whatever I needed him to be at that point in time. As time goes on, we go on more dates and get more intimate and I eventually realise we are well and truly in a relationship. I struggled a lot with ‘waiting for the other shoe to drop’ and just as I was letting go of that feeling— the worst happened and Adam was killed very suddenly. At this point I basically had a nervous breakdown and did spend some time in an inpatient facility because of my inability to cope with the situation at hand. I didn’t know how it was all happening again.

Fast forward two years to 27. I graduated my degree after many years of part-time study. I’m living independently, finally. I’m going to therapy regularly, I’m trying to live life just one day at a time. I am not looking for any kind of relationship, because frankly I am too petrified to. I have a small but close group of friends who have supported me through the worst and the best times in my life (and I them). And after landing a graduate position in my field— I meet Joel. A Sweet, kind, funny, adoring 39 year old. Everything you could want in a partner. We both go back and forth for a while but about 6 months after meeting we begin dating. And about 6 months after we start dating, he gets diagnosed with Stage 3 colorectal cancer. As you already know from the title of my post, unfortunately his treatment plan failed and I lost Joel only a little over a year after meeting him.

ALSO READ:I Had Your Baby After You Drove Me Out!

I am not generally a superstitious person but at this point I feel as though there is a curse on me, that I am undateable. I can’t imagine ever wanting to date another man again, because what if by doing so I am condemning him to death? When I expressed those fears to Joel, he understood and it was one reason why it took some time for us to be together. And then look what happened. I still receive therapy regularly, but therapy only goes so far and I feel like I need some true advice. The other main thing I struggle with is the way people in my town look at me. It is a midsized regional city, some people were at all four funerals to give you some idea of the size of the town even though none of my late partners knew each other. Everyone knows OF everyone here, and people stare at me as though I’m poisonous, or guilty of something. I wonder all the time about whether I should leave town and move somewhere fresh— I know that doesn’t solve all my problems but I feel like at least the people wouldn’t have preconceived notions of me & should I ever date again that men won’t recoil from me. I feel totally lost and I am not sure how my twenties has been stolen by so much grief and heartache and how I became a magnet for death. I feel about 40 years older than any other 28 year old.

Comments to I’m a 28 year old woman and every boyfriend I’ve had for the past 9 years has died. I feel cursed and don’t know how to do.