I’m engaged but my fiance seems to be having a sexual relationship with my best friend. What do I do? 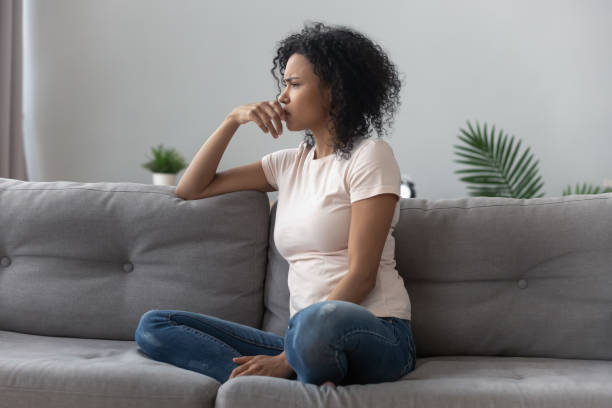 Good day Naijaaparents. I am an ardent lover of your works and I want to share my story and seek help. I am a 26-year-old lady and a recent graduate from one of the public universities here in Nigeria. I am engaged to a guy I dated for a year and some months before the whole engagement. He was introduced to me by my friend. A lady who was also my classmate in the University.

According to her, the guy has been her friend for a long time and he saw my picture on my phone and wanted to know me. She introduced us and we started talking. We spoke for a long time and we vibed. I realized they were very close but I thought it was just the usual closeness between people who have known each other for a long time.

The issue now is that I am engaged to the guy and I am uncomfortable with how close he is to my friend. He is always talking about her and seems to know everything about her including her secrets. This is the same with my friend. She knows my fiance so much that she tells me what and what not to add in his meal. She knows when he prefers to be talked to and when he loves his privacy. She knows about his business very well, even more than I do.

I am beginning to think they are sexually involved. Trust me, I am not being unnecessarily paranoid, I have evidence that back up my suspicions.  The other day I was with my friend, she went to have her bath and I was using her phone when a notification popped up. It was Google reminding her of a picture she took three years ago. I opened it and saw her half dressed with my fiance in what seemed to be a hotel room. I scrolled further down and realized they had gone for a vacation.

I grew uncomfortable seeing how loved up they were. When she came out, I asked her if she ever dated my fiance, she said no. I also asked her if she has ever gone on a trip, vacation or something like that with him and she still said no. I didn’t want to go further so I stopped. The next day, I couldn’t get it off my mind, I asked my fiance and his reply was the same as hers. He said they have never been together nor gone on a vacation. This is just the recent one that is making me uncomfortable.

ALSO READ:I am pregnant for my ex and my husband stays in Italy. Please help me. – Newly married lady cries out.

Last month, I was in my fiance’s house to see him. We were seeing a movie together when someone knocked on the door. I went to see who was there and I saw my friend. She was shocked to see me. I asked her why she came and she was silent for some minutes. She was really uncomfortable and after some time, she stuttered and said she was at my place but since I wasn’t around, she knows I’d be at my fiance’s place. It didn’t just make sense. I told her I could be somewhere else and asked her why she didn’t call me, she said her phone was dead. My fiancé on the other hand was trying to cover her up. He just said I should let her in and offer her something to eat. The whole thing just doesn’t make any sense.

The way they speak about each other is annoying. Whenever we are discussing, my boyfriend speaks about her like she is the only reason for our relationship. Sometimes when we’re going on a date, he asks her to also come along. I have told him several times I do not like that since a date is only meant for the both of us but he doesn’t listen. There was a day I insisted she won’t come with us and he cancelled that date. There are just too many instances, many of which I don’t even remember.

ALSO READ:My husband is a medical doctor and barely has time for me. I’m tired of his excuses. Is quitting the marriage a good idea?

The times three of us went out, it seems I was not even present. They were only discussing with each other and laughing hard. They really had fun and almost didn’t notice I was there. I was so angry. When we got home and I confronted him, he said it was nothing and I could have joined the conversation if I wanted. He dismissed my concerns and went to bed. Like who does that. He calls this girl at odd hours even when I am around. They speak for a very long time and when I confront him, he still says it’s nothing. Am I just overreacting or I need to end things? I think they are having an affair.

Comments to I’m engaged but my fiance seems to be having a sexual relationship with my best friend. What do I do?