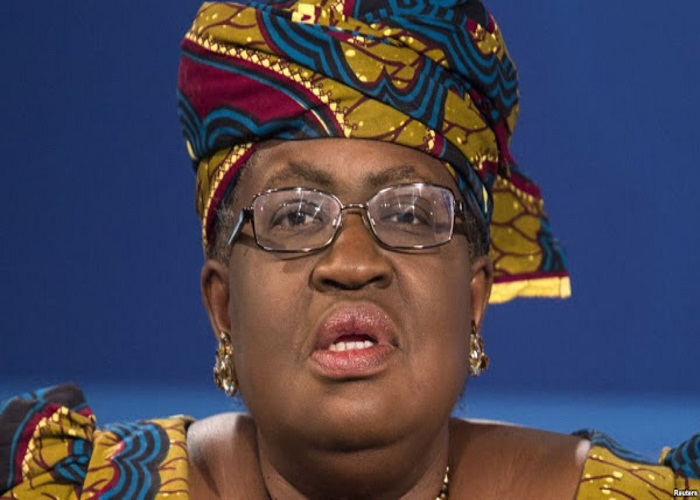 Minister of Finance, Ngozi Onkojo-Iweala, has boasted that she is not scared of President Muhammadu Buhari if he decides to probe her activities in the regime of Goodluck Jonathan.

She said: “There is no substance in the wild allegations that any money is missing from the account or that finances of the country under Okonjo-Iweala’s watch have not been well managed.”

The minister added that she “has no reason to fear Buhari.

Those who cannot adequately explain what they did with the resources of their states and are begging for bailout are those who should to be scared.”

She stated this in a statement while responding to revelations made by Governor Adams Oshiomhole of Edo state.

She denied claims by Oshiomhole that she has been speaking out lately because of the ‘fear of Buhari’.

According to her, “if there is any minister whose voice has been strong on the right issues over the past four years, it is Okonjo-Iweala.”

She however forgot to say that she has been claiming that our economy was very ok, when in fact it’s not