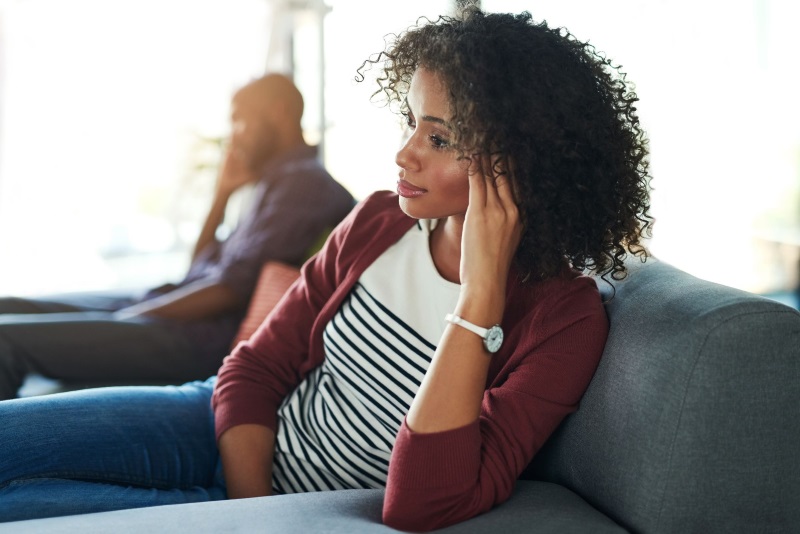 I’m a 27 years old High Libido Female and I’ve been with my 30 years old Low Libido boyfriend for 5 years. When we started out, I noticed right away that something about sexual intercourse with him was off. We normally needed to wait the weekends to see one another ( I was getting a master in Finance and working at the same time) I recall feeling extremely horny prior to seeing him, we then had sex just once throughout the weekends and even if initiated he never ever followed..Initially I assumed it was cultural. I am an Ibo woman [my partner is Yoruba] who relocated to Lagos 6 y ago and my Ibo exes were all High Libido guys.

I brought it up at the beginning of the relationship, back then we were having sex twice a week and I was satisfied with that ratio. We moved in together 3Y ago and it became worse, I remember buying lingerie for him, asking to watch pornography together, buying adult toys, I suggested couples therapy, still nothing, each month it got even worse. I took it extremely personally, I started going on a diet, thinking clearly there was something very wrong with my body… I lost all of my self-confidence and I had forever been very body-confident.

He didn’t really understand where I was coming from, nevertheless he made sure to initiate sex every Sunday afternoons (i guess because he knew i’ll bring it up again one day) . This fed my frustration much more because sex stopped feeling natural and it have become something I knew I’ll get right after vacuuming the house or after he was done with his films.

ALSO READ:My wife told me today that she was gang raped years ago.

I never have the ability of making the decision of leaving him since this is the only defect in our relationship . We get along very well, we both have stable jobs, we are each other’s best friends, we love to do a lot of things together, there isn’t any day without him making me laugh, we both love to work out and we do it together more often than not (not the cardio I want tho). I’m not into possession or jealousy and he is not either. So I suppose I persuaded myself that a single flaw wasn’t worth it to let go, I also stopped making the efforts and started believing that maybe I was also Low Libido too because I didn’t mind ever again if we touched one another or not,

And then quarantine came up ( we’ve only had sex just once in 2020, a sunday afternoon needless to say) and I started having wet dreams regularly, I can’t stop thinking about sex on the other hand i also realized I don’t want it from him any more, I don’t feel sexually drawn to him anymore, I dislike him for rejecting my body and I hate myself for attempting to change it in the past couple of years even though it’s gorgeous and healthy

I’ve been looking over this site for quite a while and I fell upon one blog post where someone asked married couples if they would have still marry the Low Libido Partner if they knew sexual intercourse would be non existent. That post opened my eyes….I read every single answer and I come to the realization that I do not want to finish up in a sexless marriage in a couple years.. understanding that in some instances its OK to accept your Significant Other’s Low Libido if yours is also low..but mine just isn’t and in order to feel connected to my partner, sexual intercourse is essential. Infact its a must. I came to the realization that I still can change the path of my life before its too late

ALSO READ:I Am Desperate But Scared Of Making Yet another Mistake-Please Advise!

If I did a thing that was negatively affecting him that much, I would at the very least attempt to work on it since he is the love of my life. If I was his, he should have done something by now

I made up my mind today and said to him I was leaving. I’ve already booked appointments to view apartments and leave immediately after lockdown. I’m heartbroken, and the post separation phase will hit me really hard cause all of my family and close friends knows him. I don’t think I have anymore strength in stock to even try and explain things to them. However for the very first time in 5 years , I see myself totally free and prepared for a new beginning ..