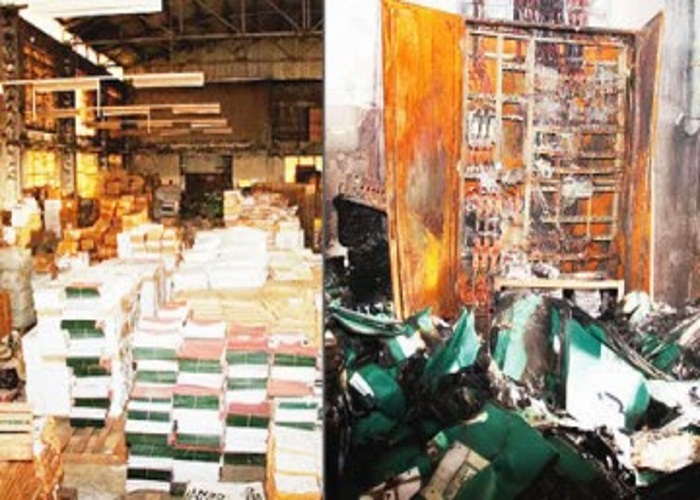 The Independent National Electoral Commission’s Electoral Institute in Abuja was gutted by fire around 11pm on Saturday March 13th. While conducting pressmen around the burnt warehouse, the INEC Director of Security, Mr. Shettima Ngilladar, said only non sensitive materials used in the 2011 election as well as bags, envelopes, election forms and electrical control panel/ switch were destroyed during the fire incident which burned into Sunday 2am.

No material to be used for the 2015 election was destroyed. The fire outbreak was attributed to power surge…

“There was no power and when power was restored and the alarm was heard, security men and the in-house fire fighting men started going round until they discovered smoke coming from the warehouse where we keep our non-sensitive materials. So, they battled to gain access to the fire to quench it. It started about 11pm and by 2am they were able to put out the fire. Aside our in-house firemen, firemen from FCT Garki and even the NNPC fire service came. But when they came, the fire was already under control. All these people rallied round to help.