Insecurities Or Just Lies- What Is Actually Going On In My Relationship? 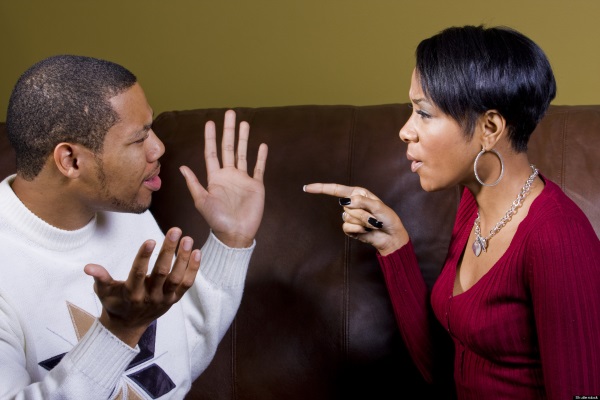 I’d like your advice. I met someone a while ago. He told me he is a prophet and wished to date me however I was hesitant: my first romantic relationship was with someone like him. Someone who called himself a prophet and then he ended up dumping me.
I made an effort to forget about him but he didn’t stop trying. He kept coming for me,he was unrelenting. He was very compassionate,always asking me how day was ,if I had a headache,he’d show a great deal of care and love. He appeared truly interested in my progress,even my business.I some how i began to fall for him.

And genuinely,he demonstrated love that I have never experienced before. For the very first time,I started to believe in real love. I was happy until he said something: he said that he has many of spiritual children. Which means: he has young men and women who he takes as his spiritual children,maybe to mentor them.

I questioned why he was telling me this. So,I told him I am okay with it provided it doesn’t impact our relationship. He promised it would not. Until a day,he informed me that one of his spiritual daughters would like to come and stay with him. I was shocked because he saty in a one room apartment.

I asked him why he would allow such a thing to happen. This girl is an adult. How would she be staying with you. Why would her parents even allow her to stay with you? how will she be changing in the room when you are there? All these questions I asked him,he just replied: are you done? He did not say anything more.

I realized he was annoyed so I apologized. He was furious saying I did not trust him and if I cannot trust him then there was no need for us to be courting. I apologized and that was it. afterwards,I found out that this girl moved in and also moved in with her own boyfriend. .

Later on,I found out that this girl became pregnant for her boyfriend. What surprised me was that my own boyfriend was very upset with her for getting pregnant. I asked him what was his business and he told me he was mentoring her and had good plans for her,that the pregnancy disappointed him.

I was numb. I didn’t understand how to react because the other time I reacted,he said I did not trust him. So,I kept my cool. Earlier this week,I called him to let him know I would be coming over to spend like 2 days with him. I closed from my shop and went to see him. When I got there,I did not meet him,only the girl was there and she refused to let me in.

I called my boyfriend and he did not pick up but I noticed the light of a phone come up in the room when it rang. I called several times no response. Then the girl told me he is not around and will not be back tonight. I told her I would wait even if its for 2 days.

I stayed outside until I realized how late it was,I was afraid of getting attacked outside especially in the corona virus period. I left to my place. When I got home,I saw my boyfriend’s missed calls. I called him back and I asked him where he was knowing I was coming to his place. He said he went out.

Out of anger,I told him he was lying cos I was at his place and I suspect him cos I saw his phone light up when I called. He started insulting me and told me it was over. That I do not trust him. Ma,its been two days,I have been sending him messages and no response since then.

I miss him so much. I love him so much. Maybe my insecurities are making me mistrust him. What do I do? I am going to be 36 years old soon. I am lonely with no one to talk to. I miss all the love he showed me. What do I do? Is he playing me or am I the one with issues?

Please advise me. I feel so sad and hurt. What do I do?