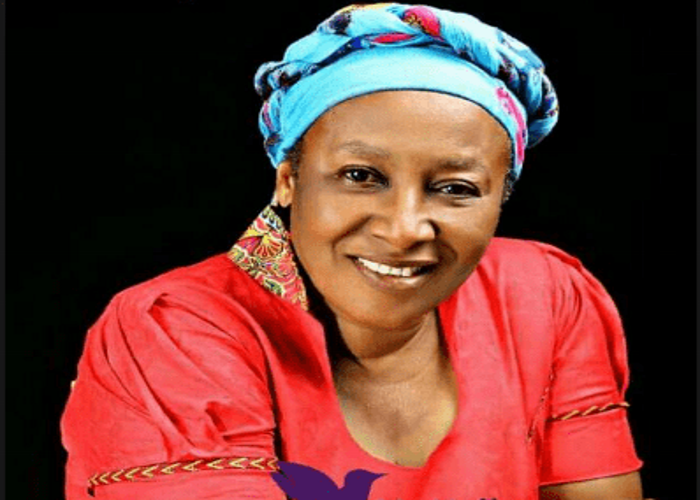 Veteran actress, Patience Ozokwor recently announced that she has re-dedicated her life to Christ. And ever since then, various rumours have been circulating about her.

In a chat with Saturday Beats, the actress denied the rumour. However, she added that if God gives her such instructions, she would not flinch before bending to His will. Patience said:

“I did not just give my life to Christ. I have been a Christian all my life. The problem was that there were some compromises God wanted me to remove from my life. He wants me to be the face of Christianity so that when anyone sees me, they will know that I am a child of God. The world has mingled with the church a lot and there is no difference between the world and the church. The way the worldly people dress is the way Christians are dressing nowadays. God told me he does not want his people to dress in that manner anymore. The men would plait their hair and use earrings, all these things are making God angry and even the women should be modest according to the way it is written in the Bible. People should be known to be Christians through the way they dress, talk and approach life situations. You cannot call yourself a Christian and you drink alcohol. God does not want all that. I did not just repent now, I have been a born again Christian all these years, it is just that everybody has gone astray and we are now like unbelievers. That is what God said.

“It is not true that I said I do not want to be referred to as Mama G. I did not say so. It is the people that want to sell their papers that told that lie. God did not say I should retire from my work; after all, we act dramas in church. He did not tell me to stop acting and he did not tell me to stop bearing Mama G. Mama G is not a bad name, there are people who have bad names and he said they should drop them. Mine is not bad. The meaning of Mama means mother and the G stands for General. I am everybody’s mother. Even the scripture says that I am a mother to everybody, even the motherless children. I am just lucky because everything is falling into place. My name is not bad. The world should know that Mama G is still Mama G; I am still Mama General and in other parts of Africa, they call me Mama Africa. How can I deny my fans of that? God did not ask me to quit my job, neither did he say I should renounce the name Mama G because there is nothing wrong with the name. However, if he asks me to stop bearing the name, I will throw it away because it is all about what he wants and not what any man wants.”

Mama G added that her faith will not affect her movie roles. She seized the opportunity to clear the air that her children have no problem with her faith. She said that they are happy for her and she is best of friend with her children.

“My faith would not affect my career or movie roles. The movie I am about to shoot is an action movie. I am using it to expose some ills in the society. There are some obscene scenes that I cannot take part in because I am a child of God. If you watch my films, you will know that I have never shot any movie that is obscene. I tell my stories but you will never see me naked. Even when I try to portray some nude scenes, I do it moderately.

“My children are Christians and my daughter got born again at the age of five. She is in London and she has nothing against my faith. I should be with them on Thursday. It was when I had an encounter with God that people started calling her to inform her that I was running mad and they became worried. After I finished my 30 day encounter with God and came out of it, when she saw me, she knew I was fine. I have been like this since I was a member of the Scripture Union. I don’t have any problem with my children, we are all fine and they are proud of me. In fact, they are my best friends. I go to places where I can talk not only at churches or crusades, I talk about the word of God anywhere I can. I need to tell everyone the truth about the word of God. The Lord said that I should remove my dreads because even though my dread is from my natural hair, whenever I am preaching against weaves and telling ladies that it is demonic, people may think I am carrying one and they begin to ask why I have such on my head.”