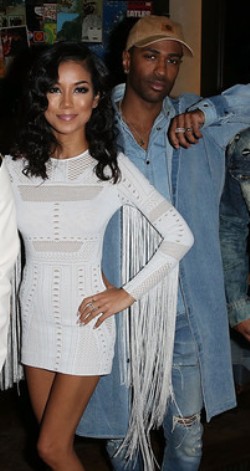 We all know that Jhene Aiko is married but there have been romours that she has been cheating on her Nigerian husband with rapper Big Sean. In fact, MediaTakeOut recently reported that her husband had walked out of the marriage because of the affair.

However, at the recent AG’s Pre-Coachella party held on Thursday night, Jhene seemed keen on adding more fuel and confirming the rumors when she stepped out in the company of Big Sean.

It is worth mentioning that the two released a brand new album together early this month and have now formed the group known as Twenty 88.