Jealous husband shoots his wife and himself in apparent murder-suicide 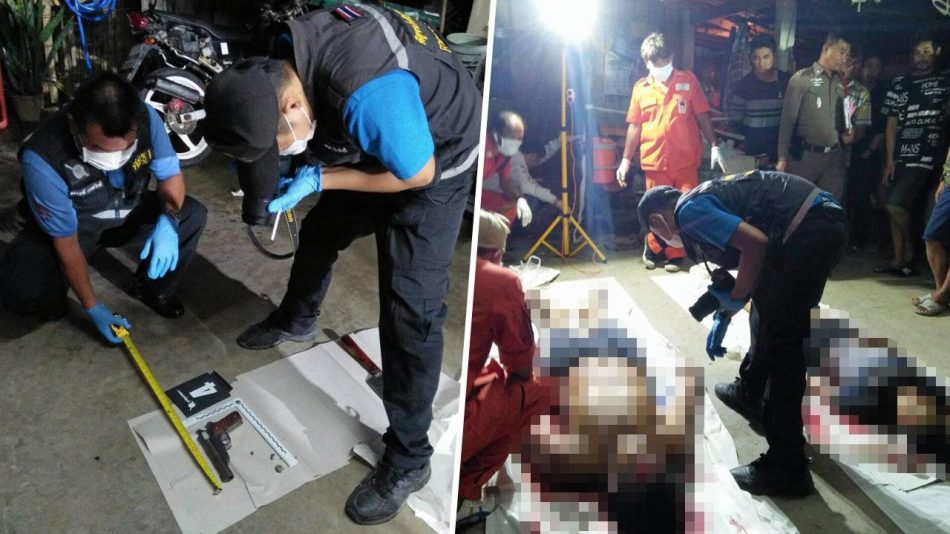 Sawian Janhorm , 57, shot his wife Kanyaphak, 55, and then kill himself in an apparent murder suicide, at Wiharn Khao sub-district of Singburi, Thailand.

The evidence showed that Sawian, a truck driver, had shot his wife in the neck then cradled her dead body in his arms and shot himself in the side of the head.

Both were lying in the kitchen in a large pool of blood.

Police were told that the couple had been married for many years and had two grown up sons.

The wife was an attractive woman since her early years and became an assistant to the phoo yai baan (a local official). She had many admirers and there were frequent jealous arguments with her husband over possible affairs.

At the weekend an argument had broken out and one of the sons had taken his own child out of the house because it was distressing.

Then they heard two shots ring out.
Police believe the husband shot the wife then reloaded and positioned his wife so that they would be found together when he committed suicide.