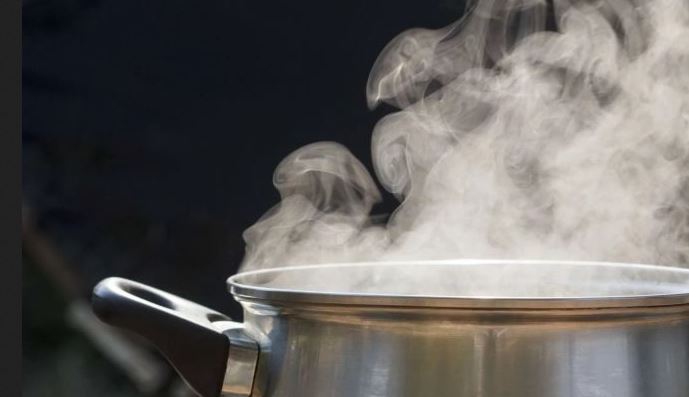 An Isolo Chief Magistrate court, Lagos, ordered a man, Michael Essien to be remanded in prison for allegedly pouring a pot full of hot water on his wife.

The accused is being tried on a two-count charge of assault and attempted murder.

The prosecutor, Mr. Oje Uagbale, described the accused as a jealous lover who had ordered his wife, Mariam Essien, not to interact with their neighbours adding that the couple had been married for some years now and they have two children.

The Police Prosecutor said that trouble started when the accused came back from work and met his wife in the kitchen discussing with one of their neighbours’ wife and out of anger, the accused grabbed hold of a pot of hot water which the wife had boil to make semovita and emptied the content on the woman.

“My Lord, the woman sustained severe injury in the process. She was rushed to a nearby hospital where she is still being treated” he added.

The Prosecutor said that the matter was reported to the police at Isolo Division and that the accused was subsequently arrested and said the case was charged to court on the orders of the Lagos State Commissioner of Police, Zubairu Muazu.

The accused however pleaded not guilty. The prosecutor, Mr. Oje Uagbale, informed the court that the victim was still at the Intensive Unit of the General Hospital where the doctors were battling to save her life.

Thus, the Presiding Magistrate, Mrs. O.A. Teluwo, granted Essien bail in the sum of N100,000 with one surety in like sum, he was subsequently remanded in prison custody pending when he would perfect his bail condition.

The matter was adjourned till April 17, 2019, for hearing while the victim was still at the hospital pending whether she will survive the attack.