Jenifa’s Diary Star, Toyo Baby Opens Up On Why She Always Talks About Her Virginity 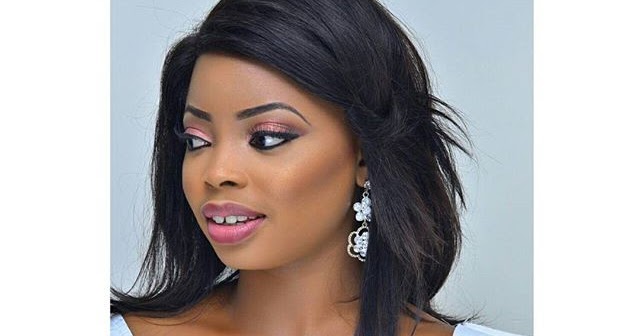 Actress Olayode Juliana, aka Toyo Baby in the popular series ‘Jenifa’s Dairy’, is one young and talented lady who knows her onions. Presently engaged in a number of skills and entrepreneurship programmes, the actress speaks to DUPE AYINLA-OLASUNKANMI on her journey, while also making other amazing revelations about herself.

HOW did end up as a motivational speaker?

My mentor, Mr. Timi Adigun helped me discover my talent. I used to think no one would listen to me and that I don’t have what it takes for people to listen to me but he encouraged me. He would give me responsibilities to talk about at Bible Study and in church. He gave me assignments that made me start enjoying talking to people and brought me out of my shell.

Aside Jenifa’s Diary, have you featured in any other movies?

Yes. I have featured in other movies like Where Does Beauty Go, Rivers Between, Couple of Days, and others.

Tell us about the life of a writer?

The life of a writer is a very original and creative one. I write scripts, I have sold some of my scripts and kept some in my archives, hoping to produce them someday soon. A writer has to be a very intelligent person, one who is schooled and has knowledge of a lot of things especially what he or she is writing about; that gives your work depth. Many times, not all the time, I have discovered that for every story you write about, there is a part of you in it, it reflects you and your beliefs and how knowledgeable and creative you are.

How long does it take to put up a script?

I cannot particularly say this is how long it takes because it’s not same for every writer. For me a topic comes to my mind first I brood over it, write down the analysis and synopsis and continue from there.

It became a hot topic when you vowed to remain a virgin until marriage. Why did you open up on that aspect of your life?

I opened up because God instructed me to. Some years ago, I was at Bible Study when He said He’ll open a door for me in the entertainment industry and that when He does I should use the platform to talk about sexual purity. I thank God for the grace and boldness to talk about it despite all odds and oppositions. I am doing it because it’s what God told me to do even before I started acting professionally, when I never imagined I’ll be on TV. There is a world out there that needs to hear the message of purity, lots of people have let go of their virginity thinking they are the only ones left and thinking it’s “old school”. I belong to a ministry, ‘Mine ministry’.

Tell us about this ministry?

Out of many other things we do, we are strong advocates of sexual purity. We have our World Virginity Day, marked second Saturday of June every year. I believe that someone needs to know that he or she is not alone in this journey and that even if you’re not a virgin you can be sexually pure by making up your mind never to do it again till marriage.

We need to raise our voice of purity to save the present generation and the once after us so that virginity and purity will not become a tale of the past.

Do you believe that sex before marriage makes relationships more complicated?

Yes I do. Sex before marriage makes relationship more complicated. Some ladies date more than five men before marriage and sleep with all of them because they see it as a norm or a way to prove their love against God’s standard. I personally believe that there is a lot to sex than the pleasure it gives. It makes you become one with the person. It ties you with the person, such that when you marry you compare your previous sexual life with your present and the memories of how you did it with the other person won’t leave you, expecting more from your husband or wife, forgetting that we are all not the same and our sexual lives can’t be the same as well.

That’s what leads to cheating in marriage. Some men or women can’t imagine been faithful to just one person because they’ve done it with several people in their past or before marriage so it’s difficult. Research has it and I learnt that if you had sex with a particular person if you meet the person years after and you’re alone or whatever, it is very possible that you will do it again.

You are really a strong advocate on ‘no sex before marriage’.

Sex is good, don’t get me wrong, I mean God created it and everything He made is good and beautiful but sex before marriage is what makes it bad and wrong and sex with anyone else apart from your husband or wife in marriage is bad as well.

How did you find yourself on the set of Jenifa’s Diary?

I got a broadcast message from a friend, Temitope Dada, we call him Dabest. I usually don’t read BCs especially when lengthy but I did and my mentor encouraged me to go for it. I had been going for several auditions and they never got back to me, so a part of me didn’t want to go for the audition. Dabest also told me to give it a try, so did my mum and some other friends.

I attended the audition and I was 527 on the list. The audition was supposed to start by 10am. I was there by 8am and was surprised to see the crowd. I wanted to go back home but my mum, mentor and friends that I called, told me not to leave there without being auditioned. A few days later, I was called for another audition. I scaled through and was called back for yet another. It was really competitive as we had about 20 people wanting to play Toyosi at the third stage of audition. But all thanks to God who singled me out and I was picked to play the role. That’s how I found myself in Jenifa’s Diary.

How would you say the series has affected your life?

It has affected my life in a positive way and has helped my career as an actress. It has been a platform to showcase my ability and talent.

You are also a make-up artist, how did you come about it?

I learnt makeup for the series, Jenifa’s Diary. I was told ahead that the character would venture into makeup in the next season and Mrs Funke Akindele Bello told me to learn to help make it real.

With all these skills, how do you manage your time?

Time management is the difficult part of it but God has been helping me so far and He’s placed people in my life who put me through and my mentor happens to be number one on that list. He teaches me how to manage my time and prioritize the things I have to do. And that has helped a great deal.

Who are your role models?

Jesus is my first role model; He is worthy to be emulated and I daily ask Him to teach me how to be like Him. I also have others like Mrs. Titilope Adigun, she is an amazing woman believe me when I say so. There is Genevieve Nnaji , Mrs Funke Akindele Bello, Mrs Joke Silva, Bimbo Akintola and a couple of others that I admire.

As an actress, would you expose your body to tell a story?

I wouldn’t expose any part of my body to tell a story. It might make me not get as many jobs as I possibly want but I believe it’s worth it. People see you for the role you play. Some people may say that I’m not an actress because of what I just said and that it’s not me but I’m playing a character. Yes I am but people still see me. In the cast list, they write my name and it’s the same body. It’s not like I’m getting another body just like I’m becoming someone else.

When people see me they call me Toyosi because even though I’m not on TV and they are seeing me in person they still see me as that character. That’s why some people question some actresses when they meet them in person asking why they did some things in a movie they acted because they still see them as that. You don’t have to die to act dead, you don’t have to be mad to act mad, you don’t have to be pregnant before you act pregnant etc. I believe there are other ways to go about it and we’ll still pass the same message across.

It is common for actresses to be stereotyped. Is this happening to you?