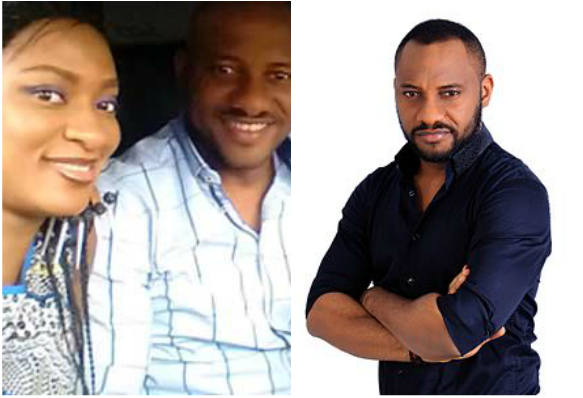 Coming after he came under fire over a controversial statement he made about domestic violence when he sided with his male-folks, Nollywood actor, Yul Edochie, has clarified his statement, saying he was just trying to implore women to treat their husbands with respect. ‘Even if you are not married, it is important to respect every person you come in contact with.’

Recall, some weeks ago, the son of veteran actor, Pete Edochie, in an IG post wrote;

“The issue of domestic violence is becoming rampant these days and I don’t support it. I will never support that a man should hit a woman no matter how angry he may (be). But at the same time, women have a big role to play by ensuring that these things do not happen.

No sooner had he made the post that many of his fans lambasted him for supporting the menfolk and laying the blames on women in cases of domestic violence.

However, PUNCH ran into the actor and he clarified his statement.

“I did not witness my father beating up my mother, so why would I support domestic violence? I believe that it is wrong in all ramifications. But on the other hand, there are always two sides to a coin, and in science, there is something called cause and effect.

We shouldn’t just focus on the effect while totally ignoring the cause. With my post on social media, I was just trying to implore women to treat their husbands with respect. Even if you are not married, it is important to respect every person you come in contact with,” he said.

Speaking further, he said, “What I have said does not absolve the men of blame. As a man, you should be mature and strong enough to keep calm in the face of provocation. Violence is never the answer.”