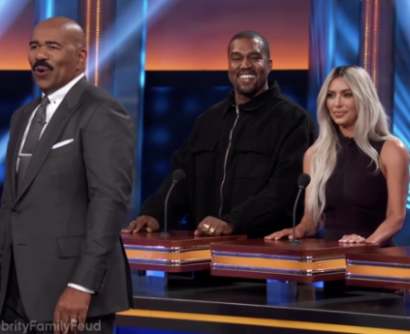 Celebrity couple, Kim Kardashian and Kanye West kicked off the fifth season of Celebrity Family Feud together with other members of the Kardashian/Jenner family and friends.

One of the questions asked was, “On a scale of 1 to 10, how attractive do you think you are compared to the people you work with?”

As an answer to this question, Kim gave herself a “10”. She also mentioned “her butt” when asked what part of her body she boasts of the most.