Karrueche Praises Rihanna As She Talks Breakup With Chris Brown 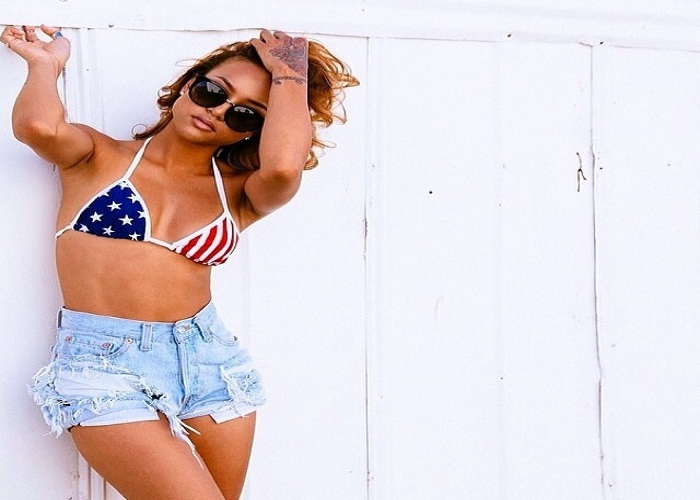 Chris Brown and Karrueche Tran called it quits after it was revealed that the singer had a baby with another woman. On Wednesday, Breezy’s ex stopped by “Big Boy’s Morning Show” on Real 92.3 to discuss their highly-publicized breakup.

She confirmed that they are no longer together. “I am 100 percent single,” said Karrueche.

Although they run in the same circles, they have managed to avoid each other, but she is frequently reminded of Chris from social media and the radio. “I kinda just have to block it out.”

Just like everyone else, she learned that Chris was a father from TMZ. “I was like, ‘Oh..OK…Ugh!’” said Karrueche. “I called him, I cussed him out, and I was like [dusts hands off].”

She admits that they were having relationship problems before the news broke. “After the whole Rihanna thing, we’ve been trying to fix what was broken. And that was just the icing on the cake. So I just had to completely pull away.”

She also denied any beef with Rihanna. “We just dated the same guy and that’s kinda what it is,” explained Karrueche. “It’s always like a competition thing and they compare us, but she is Rihanna. She’s a pop star, she’s beautiful. She makes great music, and I’m just me and I’m growing and working into myself. So you can’t really compare us. We’re completely different girls.”