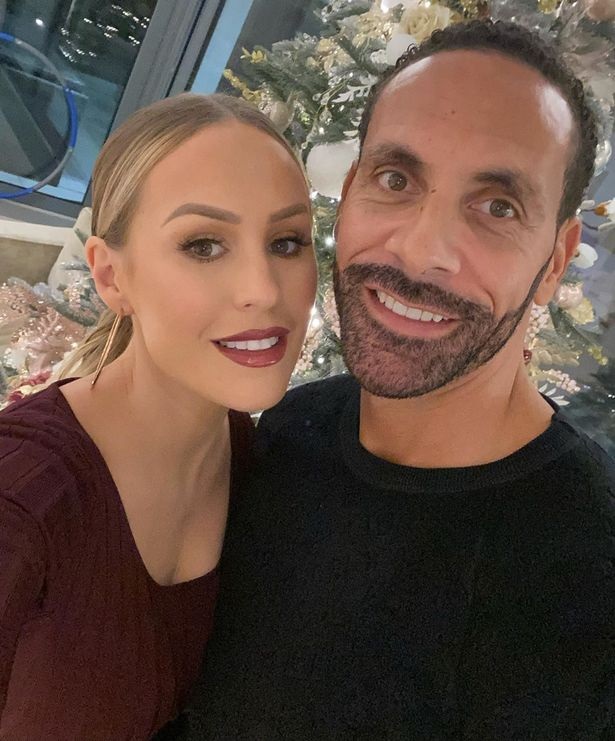 Former Towie star Kate is set to lift the lid on life as a step-mum to Rio’s three kids in the BBC film about their family.

Rio and Kate Ferdinand have finally confirmed a release date for their deeply “personal” tell-all documentary about becoming a step-family.

The couple star in their very own BBC film which follows their lives parenting Rio’s three kids.

The documentary, called Rio and Kate: Becoming A Step Family, will see Kate integrating with the Ferdinands and helping to raise Lorenz, 12, Tate, 10, and Tia, eight.

The programme, which due to air on February 10, follows on from Rio’s BAFTA-winning 2017 documentary Rio Ferdinand: Being Mum And Dad, which followed the footballer coming to terms with life after losing his wife and being the sole parent to their children.

Speaking about the thought-provoking documentary and the positive response it received, the couple told The Sun that it was ‘overwhelming’.

Rio and Kate said: “The positive response to Being Mum And Dad in 2017 and the way it helped others going through a similar situation was overwhelming.

“For that reason we were both compelled to tell the next chapter in our lives together. We hope Becoming A Step Family will give a unique insight into step-families and the journey through grief, whilst also providing an intimate look at our lives together.”

The couple also announced the documentary news to their Instagram followers, with the message: “For the past year, myself & @xkateferdinand have been filming a new @bbcone documentary.

“It’s been a huge personal journey and by doing this, we hope the film will help other step families & those experiencing the journey of grief.”

While Kate took to the social media platform to share a snap of herself and her husband while filming.

Alongside the shot of the pair speaking to the camera, she wrote: “Excited to announce that our new documentary ‘Rio and Kate: Becoming a Stepfamily’ will air Monday 10th February at 9pm on BBC One.”

“It is such a personal project for us both and we can’t wait for you all to see it, we really hope it will be able to help lots of people on similar journeys.”

This comes after Kate’s cute relationship with her stepkids was captured on camera as she tried to pose up ahead of a night out.

The blonde bombshell, 28, has spoken before about her lovely friendship with the children, who Rio, 41, shares with his late wife.

And the fun they have together was evident in a funny series of snaps she shared on Instagram.

Kate was all dolled up in a red blazer dress and snakeskin knee-high boots as she attempted to take part in an impromptu photoshoot.

As she posed up in the hallway before heading out, the kids couldn’t help but get involved, jumping at the chance to photobomb their stepmum.

Kate concealed their identities when she shared the snaps on Instagram by covering their faces with emojis.

The kids cuddled up to Kate and made her laugh as she tried to get pictures.

She captioned them: “This is what really happens when I’m trying to get a picture before I go out”