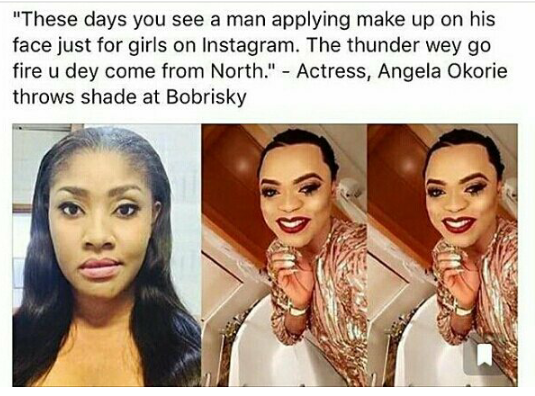 Kemi, known for her bluntness, called Angela out saying she is a nonentity and wannabe. She added saying Bobrisky puts on makeup to look good for people like her on IG.

She continued tagging the actress as a lose lady saying she had slept with virtually every known politician.

Read her response below: 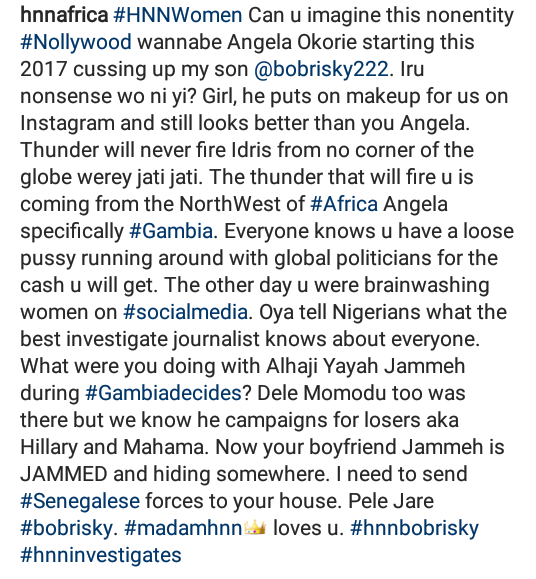