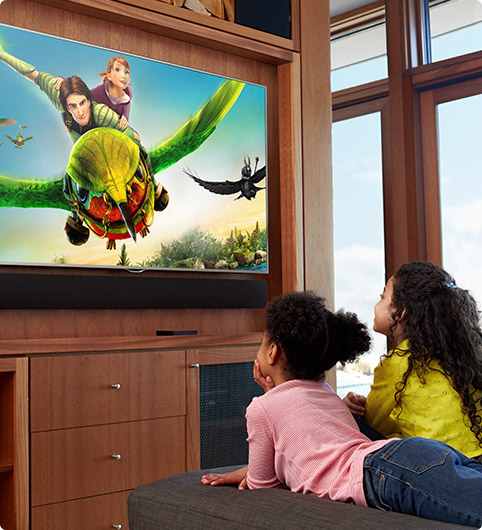 Everyone loves to watch TV and kids are no exception. However, television programmes have greater effect in shaping opinion and socializing viewers for good or bad.

According to Oxford Advanced Learner’s dictionary, television is a sight and sound medium of communication that transmits sound and pictures from given broadcasting studio to millions of homes everyday by means of electromagnetic radiation.

In developed countries, particularly the United States of America, different types of televisions exist. There are, for instance, cable television, pay television, and educational television. Others are public and commercial television.

Television brings a lot of programmes on entertainment, education and information to viewers. Some of these programmes include news, commercials, live and recorded dramas, sporting events, cartoons, quiz, talk shows and variety shows.

As a result of these programmes, TV is often regarded as the harbinger of violence, crime, juvenile delinquency and other forms of anti-social behavior.

1.      It has the ability to destroy reading habits among children of various age groups.

2.      It presents movies, concerts, football, news, documentaries, ice shows and myriad other entertainment forms which breeds addicts. That is why viewers’ discretion is strongly advised.

5.      It encourages anti-social behavior among kids.

For parents that don’t know, a child is a person under the age of 18 years. Children are the future of any nation and the joy of every parent is to see their children grow up as responsible and successful adults. Therefore, they need to be nurtured and assisted to develop into responsible and productive adults, who will take over the running of the affairs of the society later.

As kids, they are physically, mentally and emotionally immature to know if a particular TV programme is good or bad to watch and, therefore, parental control is not only necessary but compulsory.

It is the duty of every parent to provide appropriate protection for their kids, both before and after birth, in order to enable them develop a full and balanced personality, within the family environment and the society. The atmosphere should be of happiness, love and understanding, in conditions of freedom, dignity and security.

Comments to KIDS & TV: THE IMPORTANCE OF PARENTAL CONTROL