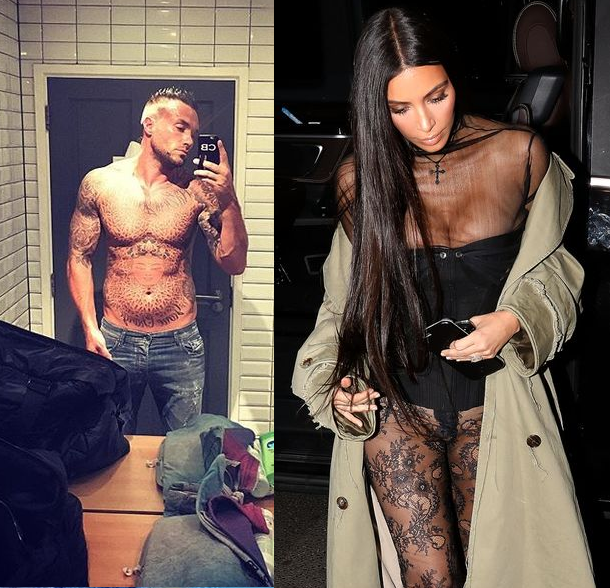 Calum Best, one of the house mates in Celebrity Big brother house reportedly had a short lived fling with Kim Kardashian years ago after they had introduced by her step-brother, Brody Jenner.

A source told The Sun :

“Kim and Calum dated when they were a lot younger – they weren’t in the public eye back then.“Calum was close pals with Brody and is still friends with him and Scott Disick today.Kim is obviously married now but Calum still keeps in touch with the family when he’s in the states,” added the insider.

The fling happened before she met her ex-husband Damon, which was seven years before she shot to fame.