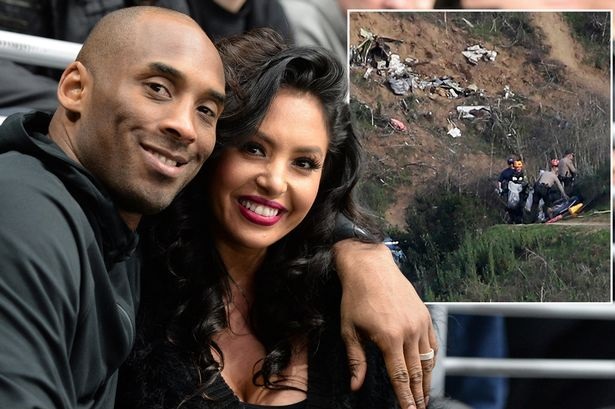 Former NBA star Kobe Bryant reportedly had a deal with his wife Vanessa that they would not travel together in a helicopter, which was to get around Los Angeles

Kobe Bryant and his wife Vanessa reportedly ‘would not fly together in a helicopter’, it’s claimed.

The former NBA star was tragically killed in a helicopter crash with eight other people at the weekend, including his 13-year-old daughter Gianna.

The couple had been married since 2001 but according to People, Vanessa would not join her husband when he used helicopters for the convenience of getting around LA.

A source said Kobe, 41, only ever used Ara Zobayan as pilot, who was killed alongside the basketball star in Sunday’s crash.

Kobe had previously spoken about his helicopter use, saying that he looked to the skies while playing for Los Angeles Lakers, to avoid the traffic of the often gridlocked city.

peaking to Alex Rodriguez in 2018, Kobe said: “I was sitting in traffic and I wound up missing like a school play.

“I had to figure out a way where I could still train and focus on the craft but still not compromise family time.

“So that’s when I looked into helicopters, to be able to get down and back in 15 minutes and that’s when it started.”

Kobe was heading to Kobe’s Mamba Sports Academy for a youth basketball match with his daughter Gianna, along with mother and daughter Sarah and Payton Chester, girls’ basketball coach Christina Mauser, college baseball coach Joh Altobelli abd his wife Keri and daughter Alyssa, when the helicopter came down during foggy conditions in the Calabasas mountains.
He is survived by wife Vanessa, 37, and their daughters Natalia, 17, Bianka, 3, and Capri, who was born in June 2019.