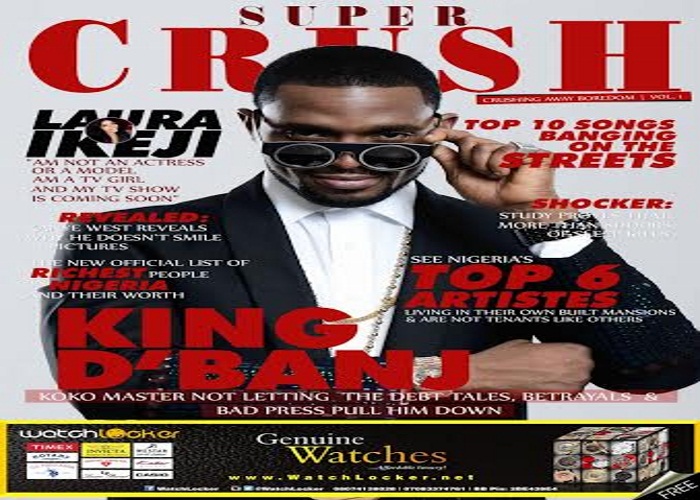 Nigeria’s top leading singer and Koko Master Oladapo Oyebanji,a.k.a D’banj boldly graced the Cover of Super Crush Magazine, an entertainment and lifestyle free magazine distributed across the Lagos metropolis. On this edition,, the magazine takes a deep look at how the star has managed to maneuver all negativity and allegations constantly laid on him (the singer) in recent times.

Following his newest single “Extraodinary” which was recorded and released solely to promote the “Gender In-equality and Poverty Eradication course”,, D’banj scored pretty high on the list,, as he was named Super Crush Magazine Personality of the month of June 2015, for this big charity move.

We also have a special interview section which features Laura Ikeji, the fashion loving  & TV personality.

There are also lots of other juicy write-ups such as :

All inside the magazine which would surely hold-bound any reader once grabbed.

Our Contacts / Social Details Are : 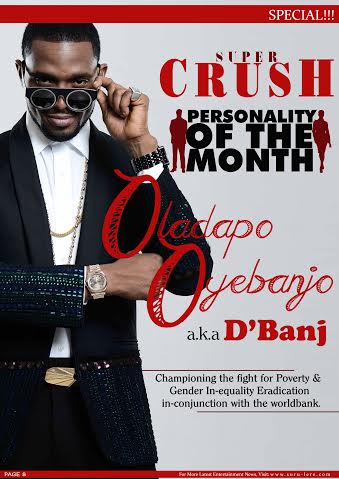