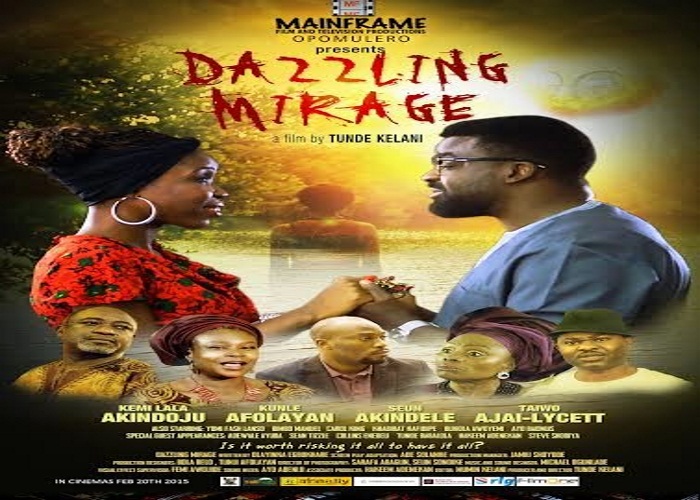 “Dazzling Mirage”, a mind blowing film by legendary filmmaker, Tunde Kelani (TK), is presently showing in cinemas. The film has attracted rave reviews from critics and pundits and is doing well at the Box Office, with movie goers eagerly trooping to watch the much talked about film.

The movie revolves around a sickler who’s caught in the love triangle with two handsome men.

Despite the opposition she faces from society, she’s determined to prove to all that she has all it takes to live a normal life and be happy.

Kunle Afolayan’s performance was outstanding in the film, and he has indeed proven that he’s not only a good director but an actor as well. Following the success of Tunde kelani’s classic, “Saworoide”, where he was part of the cast, he once more plays another decisive role in TK’s “Dazzling Mirage”.