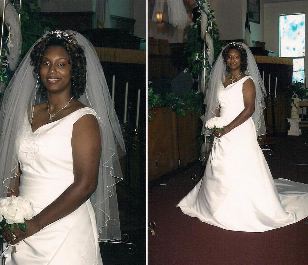 An HIV/AIDS advocate, Ladybryd took to her instagram post to celebrate 10 years of living with HIV after she was infected by her ex-husband on their wedding night.

According to her, her ex-husband lied to her about his HIV status before they got married.

Read her story below…

“10 years ago on this date was the first time I was exposed to his HIV. Before this date we had NEVER had unprotected sex. I was very adamant about it. Your wedding night is the time to consummate the marriage. Well my wedding night we did that but he also knowingly exposed me to his HIV. I trusted him with my life and he took my life into his own hands and chose to lie in the most explainable way! From that trip to the doctor when he said his HIV test was negative, to his mom telling me to ask him about HIV and he saying he didn’t know what she was talking about just days before the wedding, to having unprotected sex with his WIFE on our wedding night, to the doctor telling me that I WAS HIV POSITIVE, to me finding out about other women and possibly men he was sleeping with, and ALL THE WAY UP TO SENTENCING he lied! when the judge said, “we have you on a recorded conversation admitting that you had HIV since 2002” the lies stopped! I was 24 years old on this day August 4, 2007 and on this day my body was introduced to HIV.