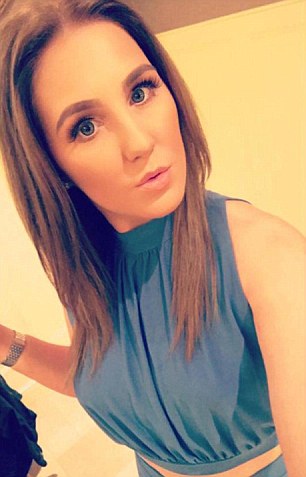 A 24-year-old lady identified as Chloe Whitehead has dumped her firefighter fiance, Robert Billings, 28, days to their wedding after discovering he’s into relationship with a married woman.

According to reports, Billings had been secretly seeing mum-of-two Kath Parnell, 48, a policeman’s wife, since last July – and even had s*x with her in a Morrisons car park.

Speaking to The Sun, a friend of Chloe’s said: ‘Everyone was so shocked.

‘Chloe is gorgeous and yet he cheated on her with a married mum-of-two who is nearly 50.’

Kath’s husband, North Yorkshire PC Christopher Parnell, subsequently paid a home visit to his wife’s toyboy, asking to see texts on his phone and leaving him ‘scared and intimidated.’

The policeman’s threatening behaviour put his career on the line but today he decided to resign part way through the hearing saying the case was ‘exceptionally difficult’ for him and his family.