Lady slaps husband several times, pours soup on him for going out with side chick (Video) 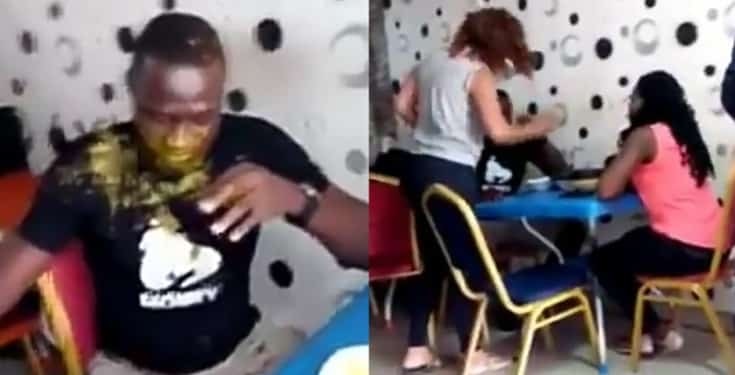 Video footage making the rounds on social media has recordedthe instant a woman bumped into her husband having lunch together with his side chick at a eating place.

The enraged wife who couldn’t stand her hubby with another lady landed really serious slaps on his face. She asked him how he would have the courage to take a woman out while she is still alive.


She at the same time bathed her husband with the plate of soup which he bought from the restaurant and asked him to meet her in the house as she dashed out of the restaurant.

Observers at the eating place questioned from the man how he married such a woman as a wife, while laying insults on her for her attitude.


WHATS ON
side chick