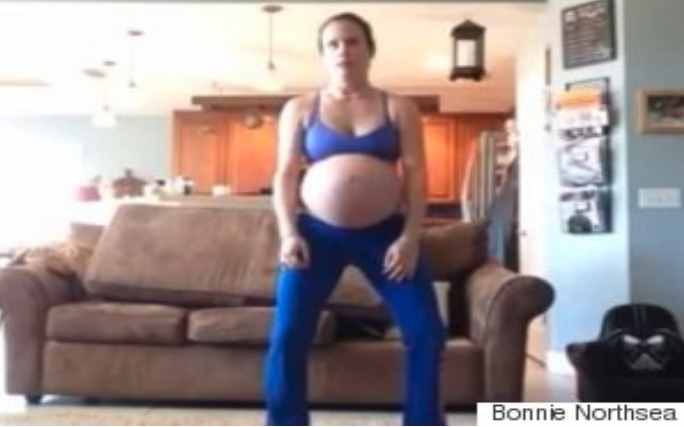 Bonnie Northsea is nine months pregnant. But instead of turning to spicy food to induce labour, she experimented with something quite different.The 32-year-old from America was informed by a pal that dancing can speed-up process after you hit your due date.

Here she is at 40 weeks pregnant carrying out the full Michael Jackson Thriller routine.

The mum-to-be’s husband was identified as having testicular cancer last month, but she says the video has helped them to “laugh and laugh” during this difficult time.

“I’m so awesome!” she jokes on her Facebook page where the video has had over 16,000 shares.

We can’t argue with that.