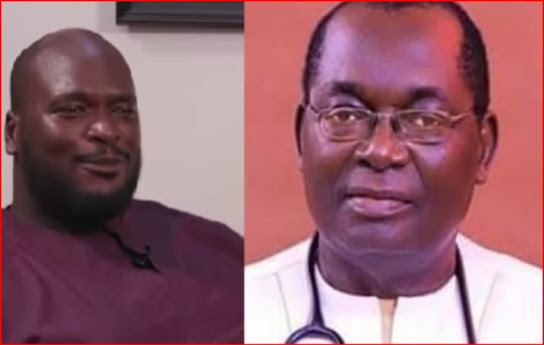 During an interview with Media personality Chude Jidonwo, Obumnaeme, the Director General of the Anambra State Project Monitoring and Management Office, discussed his father, who was brutally killed on the streets of Anambra and left to suffer a protracted, agonizing death.

Dr. Chike Akunyili had traveled to Anambra State to collect an award in memory of his late wife when he was shot in the face, left to die, and recorded by bystanders.

During the interview, Obunaeme revealed that he was with his father on the day he was murdered.

When asked how he is coping with the loss of his father, he said, “I’m still dealing with it. That day, I was with my father. We attended the event together…

“We came back home, I took the Onitsha road, I saw him go this side, and suddenly, I’m getting calls that my cousin has been shot…

“I found out my father had died by watching the video of him dying on the floor on Facebook.

“That’s how I knew my father died, I found out on Facebook. And this was a larger-than-life man. And just seeing him struggling to breathe and everybody is there videoing it…”

He lamented the fact that no one comforted his dying father, but instead stood by and recorded him gushing blood from a massive wound on his face.

He said: “I believe the hospital that may have rescued him was not available, but simply knowing that others are attempting to save you can be enough to keep you alive. Nobody even made an attempt.”

He bemoaned the lack of empathy shown by witnesses who questioned his father’s wounded chauffeur rather than providing him a keke (tricycle) to the hospital, as he had asked.

“I’ve not recovered from that,” he said, adding: “I don’t know how we can normalise that. How that’s our new reality, how you can be driving and you can be killed.