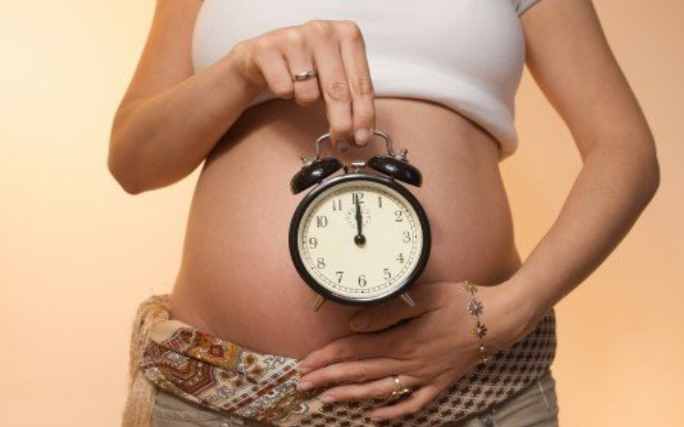 For the longest time, women have been giving birth in quick succession immediately after marriage then settle into bringing the children up. This is usually in the hopes of making the work easier on both the delivery and the upbringing part.

However, more and more women are giving birth at advanced ages that were until recently considered a no-no. It is no longer unusual to see women giving birth in their late thirties or forties as they focus more on building careers before having babies.

Infertility: Infertility declines as one gets older with chances of getting pregnant in a month decreasing and the risk of miscarrying increasing. Therefore if you are over 35 years and have been trying to get pregnant for more than 6 months straight with no results, see your doctor. Fertility treatments can be prescribed to take care of infertility contributors like blocked fallopian tubes, uterine fibroids etc.

Labor problems: studies have shown that women having their first child at age 35 and over risk experiencing a tough labor. Fetal distress and prolonged second stage labor is common in older women which results in caesarean section. Still birth is also highly possible at such an age.

Genetic abnormalities: Such problems are caused by the failure of the egg to divide as required due to advanced age. Down syndrome is the most common genetic abnormality which causes intellectual disability in a baby due to a defective chromosome. At age 35 and above, this risk highly increases thus, it is necessary to get tested for such a chromosome before conception. 5 out of 1000 tested 33-year olds will have this defect with a rise of25 out of 1000at age 40.

Health problems: Common health problems that come with age include diabetes and high blood pressure. Women who already have these conditions will likely encounter problematic pregnancies. Pregnancy related high blood pressure and gestational diabetes can develop in older women who don’t already have such conditions. There is also a risk of placental and excess bleeding during pregnancy.

Pregnancy loss: The risk of losing a pregnancy increases with age with a woman older than 35 years facing this risk compared to younger women. At age 40, the risk doubles with the common cause being chromosomal abnormalities.

Multiple births: Even without infertility treatments, the conception of twins and triplets increases with age. This is considered a high risk because the complications of carrying such a pregnancy to term for older women are magnified.

All risks considered, majority of women at such a later age manage to carry the pregnancy to term and proceed to have healthy babies. Having done your homework to educate yourself on the risk factors, your focus can be geared toward a healthy pregnancy.

Proper nutrition and diet and prenatal care should be at the top of your list. Other preparations include being financially and emotionally prepared to have your life altered by having a baby at such a later age.

If done systematically, waiting to have a baby at such an advanced age has its advantages. A couple finds that they are psychologically prepared to cope with a baby by being more patient, realistic and objective.

This is unlike dealing with a child while younger where impatience, uncertainties and insecurities is the order of the day. You will also find that you have more time to devote to your child thus enjoying parenthood more.