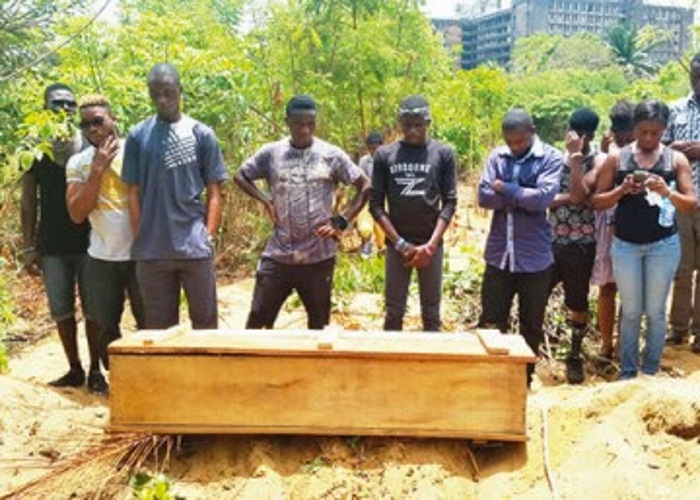 Relatives, friends and teachers of Sarah Ibikunke, the 15-year-old basic three pupil, who was shot dead by a gang of robbers in the Lekki Phase 1, Lagos State, gathered on Monday to give her their last respect.

Sympathisers spoke glowingly about the teenager, who had longed to become a lawyer, as she was laid to rest at the Ikoyi Cemetery.

The bandits, said to be in military uniforms, had on March 12 laid siege to a branch of First Monument Bank Limited on Admiralty Way, firing guns indiscriminately. In the process, three cops among a police team escorting a bus belonging to an oil company were killed, while Sarah, who was hawking fish around the area, was hit by stray bullets. 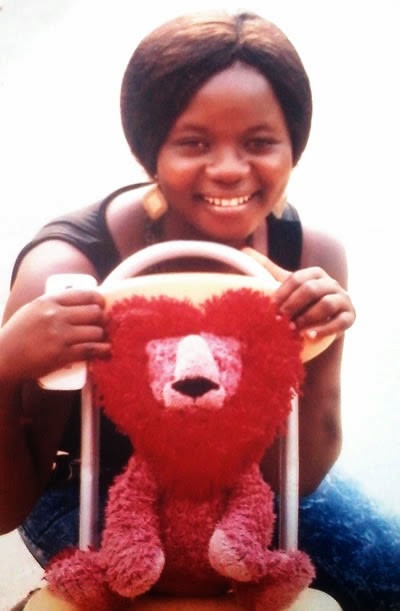 PUNCH Metro had also reported that the management of a mortuary in Yaba, where the girl’s corpse was deposited, requested a sum of N100,000 for the embalm and burial arrangements of the victim.
However, the management rescinded its decision on Monday and released the remains for burial at the cemetery without collecting any fee.

It was also gathered that a pastor, who did not want his name in print, had earlier donated N100,000 to the deceased’s family.

Sarah’s class teacher in Itedo Primary School, Mr. Adebayo Moses, described her as a brilliant and well-behaved pupil. He said:

“She was quite brilliant; not troublesome, accommodating and friendly. Her death is very painful.”

The matron of the school, Mrs. Dorcas Ogundare, said Sarah’s character attracted love to her from all staff members.

“The last day she was in school, she came a bit late and I joked with her that she would wash toilets. She just smiled and I told her to rush to the class. She was a child to all of us and had a bright future,” she said.

The victim’s schoolmate, Inidara Friday, said he was astonished by her attitude in school on Wednesday, a day before the incident.

He said, “She was gentle. She did not play around like other pupils. But that day, she played a lot with her friends. I was surprised to see her in such mood; may her soul rest in peace.”

Sarah’s aunt Mrs. Omolafe, appreciated those who stood by the family while they grieved the loss of their loved one. She said,

“The following day it was published that we needed N100,000 to collect Sarah’s corpse, a pastor came and gave us the money. I also thank people who have been coming to sympathise with us. This kind of incident shall not be your portion.”