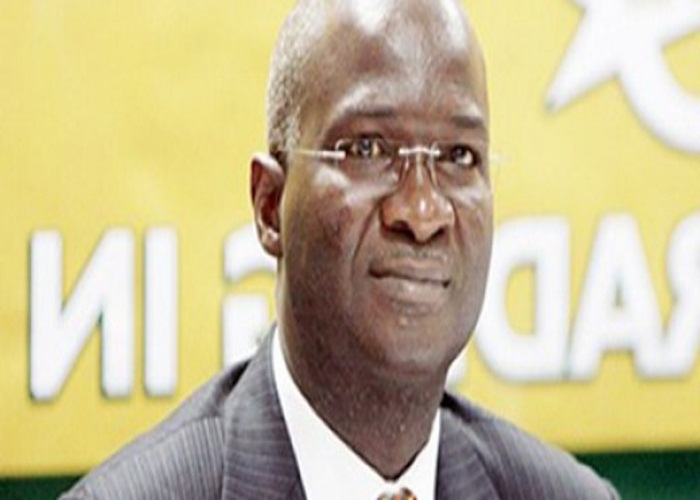 Governor Babatunde Fashola has defended his comments where he blamed the success of the Lekki Robbery incident on March 12th on the visit of President Jonathan in Lagos on that day. Below is a statement he released explaining what he meant. He also called out presidential media aide, Reuben Abati who had earlier described Governor Fashola’s reasoning as totally irresponsible.

“From the statement credited to the Special Adviser to the President on Media and Publicity. Dr. Reuben Abatti over the comments of His Excellency, Governor of Lagos State, Mr. Babatunde Raji Fashola, SAN, on the deployment of police during the visit of the president, it is obvious he is ignorant of the traffic and security menace, his principal constitutes whenever he visits any part of the country. It should also interest the ‘Vuvuzuela’ of President Jonathan that during these visits, which most of the times are for campaign hustles, the entire Police and other security network are put on high alert to pay attention to the presidential visits leaving the citizens vulnerable to the reckless gallivanting of the visitor.

Abati must be sleeping or indulging in his usual pastimes not to understand ‘route lining’ where every available policeman on duty is deployed to main routes where the President would pass through. It is not the statement of the Governor that is unintelligent, the unintelligent thing here is the inability of the President to weigh public interest above personal ambition.

The unintelligent thing here is not to know the importance of the Police as an institution that deserves adequate funding to carry out its function of protecting life and property. The unintelligent thing is the Federal Government dodging its constitutional responsibility of which the Police is one of them. Governor Fashola is a very responsible Governor who put the people first ahead of himself, and this he has demonstrated over the years. He made reference to the dead policemen because he feels responsible to them. At the event, he prayed for the repose of their souls and enjoined the audience to stand with him in a one minute-silence over the fallen heroes whom he concluded died in the cause of serving their country.

Abati could not comprehend why Governor Fashola would be shocked at the death of three policemen; we have not had such an experience in the past two years here in Lagos where policemen are killed by armed robbers. This is a different situation where it took the death of almost 20,000 citizens before someone started to take action. When the ocean surge was going to wipe out a whole community within the Lekki area, Fashola was there.

When the Dana aircraft crashed in Iju, Fashola was not only there, his arrival at the scene was prompt, and for the first time in the history of Nigeria, we saw a systematic and methodological approach to emergency management. Mass DNA was conducted to identify the charred bodies of the victims. Trauma and psychological centres were established to attend to the families of the victims. As recent as few days ago, Fashola was at Papa Ashafa and Agege communities where rainstorm wreaked havoc.

When Abati’s principal was holed up in Aso Rock Villa with his tails between his legs during the outbreak of the Ebola Virus in Nigeria, Fashola’s face was the succour and hope Nigerians saw. He was the only person the victims and survivors saw.

So, this vuvuzuela should be courteous in his choice of words. We are, however, not surprised. Abatti is a serial reckless talker that likes listening to himself, and only thinks after talking. Latter converts like him acts up to become more Catholic than the Pope because of the fear to the past after the allure of office. His recent unguarded statement about General Muhammadu Buhari (Rtd) is still very fresh.

If the retired General had not been a statesman, only God knows where Abati would be by now. It’s time someone close to this garrulous man tells him to start measuring his utterances