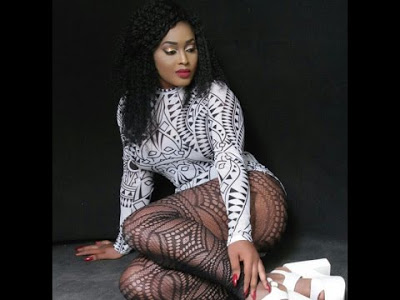 Ghanaian actress and  television show host, Cecilia Konamah, popularly known in Ghana’s showbiz industry as Abena Ghanam in a new interview with Hello FM, revealed she use to be a lesbian and her husband is in the know.

Konamah, also revealed that she quit the lifestyle about 3-years ago.

“I’ve done that before. Sure, I’m telling you for a fact. I’m not afraid to tell and I don’t feel shy too. That’s my past, I stopped about three years ago. I realized it was bad so I put an end to it. There are some things we’ve done in the past that we didn’t know they were bad. Now I’ve seen God and through some pieces of advice from people, I’ve changed.

“My husband is aware of that. Yes he knows that I was a lesbian and he is very comfortable with me in our marriage. He has even said if I were to be in the gutters, he likes me as I am. I was introduced into the act by some friends. If somebody thinks she wants to bring it out just to break my marriage, then let me tell the person that my husband is aware”

In an interview back in 2016, Konamah, who spoke exclusively about her acting career says she does not rehearse for her sex scenes.

“I don’t prepare for my sex roles. I act it just like doing any other role because it’s not real. It is just an act; I can only be prepared with my man

On roles she would love to improve on

I will love to take up roles that will teach women how to cater for their kids because I love kids and orphans. But I do every role given to me with all my heart because of the love I have for my career.