LITTLE WHITE LIES: CONSEQUENCES OF DISHONESTY IN A RELATIONSHIP 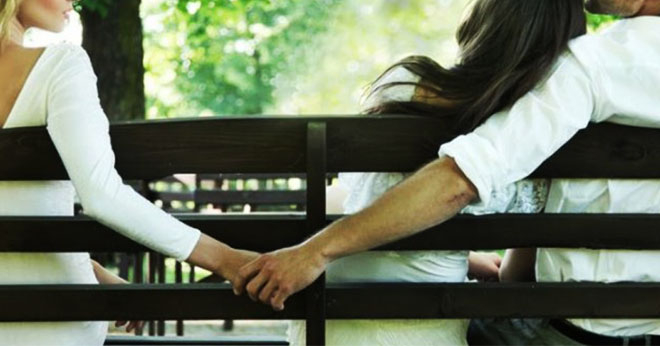 DISHONESTY IN A RELATIONSHIP. When I think of little white lies I am reminded of a story between a young woman and her mother. While this isn’t an intimate relationship, this sort of thing could happen between married couples as well.

The young lady had been married for a little over a year and could not seem to get pregnant. Meanwhile, her mom was struggling with depression over the loss of her father and she had a bad heart which her doctors had told her she needed surgery for but which she refused to do.

The young lady was at her wit’s end, and so one day, she mustered up some excitement and told her mom she was pregnant. Yes, it was a lie, but it worked! That same day, her mom told her doctor that she would go ahead with the surgery.

Interestingly, the young lady was saved from the embarrassment of being caught in her lie about 11 months later because, within two months of her mom’s surgery, she actually got pregnant.

The real question to ask when you decide to be dishonest is this: who are you protecting? While you may tell white lies to protect your spouse, you might also begin to lie more to protect yourself. This is where the problem begins. You may justify lying to yourself as lying to protect a relationship but actually, you’re doing it to save your skin.

When you look at the story above, you might ask, what’s wrong with that? After all, she told the lie for her mom’s sake.

So let’s take a step back and ask a different question first: what do you gain from your intimate relationship? Research has shown that happily married couples experience a number of mental and physical benefits that can lead to living a longer life. When you believe your partner is your best friend, health benefits may be even greater.

Logically then, what you might want from marriage is a feeling of closeness and connection and a spouse that you can consider to be your best friend.

But lying can impact this connection by affecting all the parts involved including the partner who lied, the partner being lied to and the relationship as a whole.

We shall now share four consequences of dishonesty in romantic relationships.

Every relationship – romantic or not – and marriage is built on mutual trust. Being dishonest quickly erodes that trust thereby hurting both parties in the process. Whether it’s keeping small secrets or telling little white lies, dishonesty destroys one of the fundamental pillars of any healthy relationship – trust.

Whether you got caught or suddenly decided to fess up and were forgiven, the fact of the matter is for the relationship to work, both you and your partner must be able to trust each other.

Some might argue that trust can always be regained but it’s not as simple as it sounds because the hurt partner will now have so many mental blocks up that it might prove difficult to trust again.

DISHONESTY IN A RELATIONSHIP: Dishonesty Hurts Your Partner The Most

When you lie, it’s not your intention to hurt your partner, instead, it is to get yourself out of a sticky situation.

By lying to your partner, they feel betrayed by you. And it is this feeling of betrayal that leads to a breakdown in communication which makes them feel even more vulnerable than they already are.

For example, there was the case of a wife who asked her husband to take money out of the stock market to pay their bills, he would always say that he couldn’t get the money out on the same day when in actual fact, he could. The result of the late delivery of the money to this housewife was the humiliation over bounced checks and late fees for the kids. After the husband died, the wife discovered the lie, which the husband had repeated over the years, and she felt angry and betrayed. This significantly impacted the memories she had of her marriage.

In another case, a man divorced his wife because she did not inform him that she could not have children before they got married.

Love doesn’t hurt, but dishonesty does, and the moment you start telling lies, it’s no longer love.

DISHONESTY IN A RELATIONSHIP: One Lie Always Leads to Another

Lies not only grow but they tend to become terribly addictive, especially if you managed to get away with quite a few already. There is a tendency to want to lie to your partner every time you find yourself in a jam because it feels easier than telling the truth.

Simply put, one lie will equal more lies, and lies tend to grow over time as it becomes more difficult and harder for you to keep your stories straight.

Dishonesty Affects Other Parts of Your Life without You Knowing It

Many of you may believe that if you tell a lie at home, that’s where it stops. Not so! Dishonesty can transcend other aspects of your life without you even knowing it. The fact is, lying to your partner and getting away with it makes you feel totally invincible, and so you are likely to want to lie even more.

Whether the lie you told your partner had to do with you trying to cover up your money problems, health issues or your infidelity, don’t be surprised if you start being dishonest on the job too!

DISHONESTY IN A RELATIONSHIP: Getting Over Dishonesty

Now that we’ve seen the consequences of dishonesty, there’s good news. The person who lied or cheated must learn why you could not trust your partner to understand your needs and motives in the first place. You have a lot to learn about your fears of being open and being vulnerable.

And if you are the one who was lied to, try to learn if messages you gave out might have contributed to the problem, or else your partner wouldn’t have needed to lie. It’s quite possible that you were not stepping up to your responsibilities or your actions did not take your partner seriously.

However, in spite of the pain on both sides, when the walls you erect in your relationship are safely and carefully brought down, a lot of good can come of this new openness. 00000000

How do you know if God sent your Mate