Luck smiled on a widow and her children in IMO state 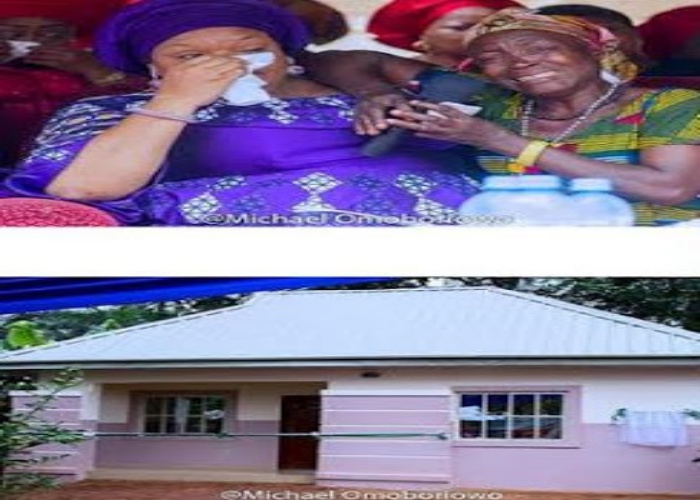 Mrs Nneoma Okorocha, wife of Imo State Governor handed over the keys to a fully furnished 2-bedroom bungalow to a widow who has been living in an uncompleted building with her children.

The photographer Michael Omoboriowo shared the photos and wrote this after the cut..

“The story of this widow Mrs Perpetua Ogbonna who for a longtime had forgotten what Smiling feels like is synonymous with that in the Bible which reads thus “When the LORD turned again the captivity of Zion, we were like them that dream” For before this day she and her children used to live in an uncompleted building under the scorching sun and the heavy rain pour they lived and usually prayed to God not to send the rain because it filled the house. However, the Lord turned her life around when Her Excellency Mrs Nneoma Nkechi Rochas Okorocha came to her aid through her SNARP(She Needs A Roof Project) officially commissioned and handed-over a modern Two-Bedroom furnished Bungalow in the Ihitte Uboma L.G.A of Imo state.”