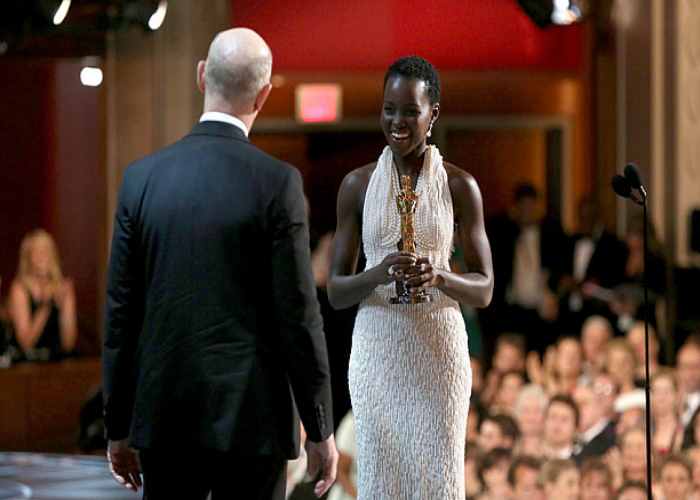 The outfit is studded with 6,000 all-natural white pearls, as the BBC’s Alastair Leithead reports
A $150,000 custom-made Calvin Klein Collection by Francisco Costa dress, put on by actress Lupita Nyong’o at the Oscars, have been stolen in Hollywood.

The outfit, studded with 6,000 natural white pearls, was taken away from the London Hotel in West Hollywood when Nyong’o was away from the room.

The Kenyan won best supporting actress last year for Twelve Years a Slave and was a presenter at Sunday’s ceremony.

People magazine named her the most beautiful person of 2014.

Sheriff’s Lt William Nash said the dress appeared to be taken on Wednesday evening and officers were checking CCTV footage.

On the red carpet on Sunday, Nyong’o, 31, told Associated Press: “I’m just wearing my diamonds and pearls. My homage to (musician) Prince.”

“We talked about it being fluid and liquid. I wanted it to be an homage to the sea.” She added

No arrests have been made.

Calvin Klein has not commented.