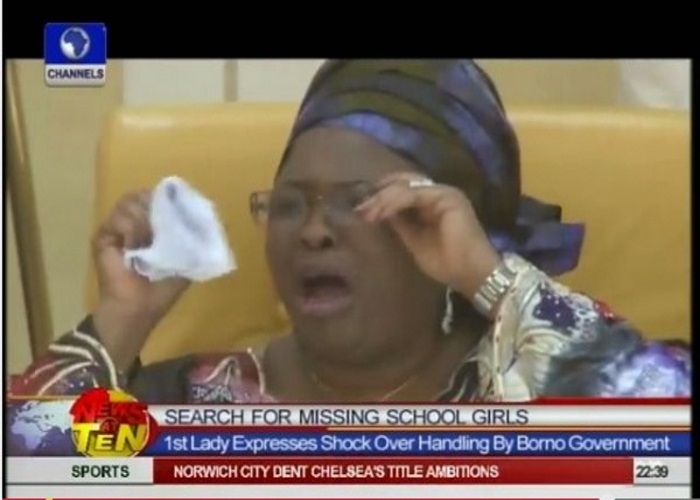 The famous and popular, “There is God,” video skit by the then first lady, Patience Jonathan, is Nigeria’s most viewed non-music footage ever on popular online video site, YouTube, the site’s owner, Google announced.

The video, published in 2014 by Channels TV, showed the first lady breaking down in tears at a meeting over the abduction of about 276 schoolgirls by Boko Haram insurgents in Chibok, Borno State, in a dramatic display of emotion that drew global attention.

The meeting was the First Lady’s first public acknowledgement of the Chibok abduction, one of Boko Haram’s mass kidnapping that shocked the world.

Addressing a group of women, and the principal of the secondary school where the girls were seized, Mrs. Jonathan launched into what seemed a stagy show of grief, scolding the principal for her handling of the insurgents’ attack.

She questioned why the principal hesitated to honour her invitation for a meeting in Abuja, and the circumstances of the kidnap.

The video drew wide attention across the world, at a time the international community was fixed on how the Nigerian government was responding to the abduction.

The video ranking was released by Google on Thursday as YouTube celebrates its 10th year anniversary. The most watched videos in Nigeria were ranked in the music, non-music and advert categories.