They Made My Life Much Better – Jennifer Lopez On Her Twins 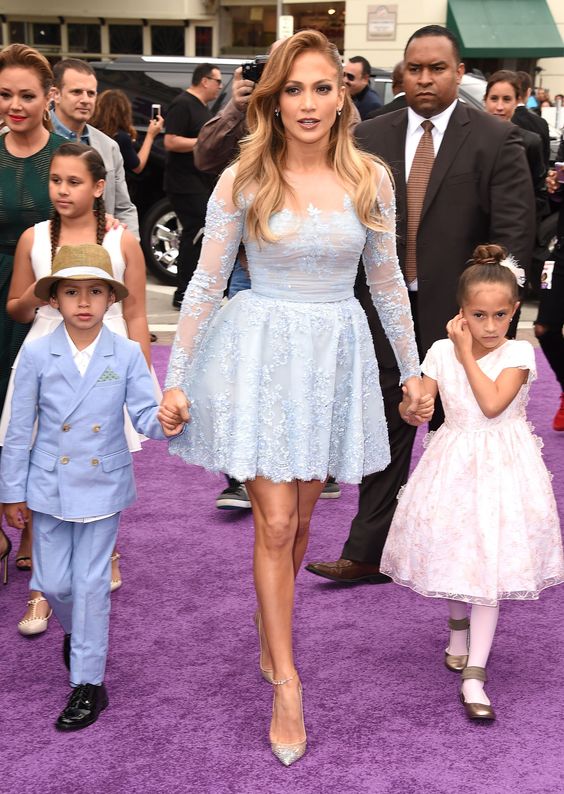 Singer and Actress, Jennifer Lopez, while speaking about her kids on a recent interview nearly broke into tears.

The Shades Of Blue actress, appearing on NBC today, talked about her show as  well as juggling a busy career with motherhood.

Lopez, said she never thought she would ever be a mother and was grateful for her 9-year old twins who have been a gift to her.

I didn’t have kids till later. I almost thought it wasn’t going to happen for me, I’m very aware I was blessed with that. It could have been something different… Don’t make me cry, it’s early and I’m tired. They just made my life so much better. I’m forever grateful for that. I don’t take it for granted one day.

J-lo as she is fondly called, recently threw the kids a birthday party, which saw their dad, singer Marc Anthony, also in attendance.

During an interview last year, Jennifer talked about raising her kids saying

‘Guys just think differently! And I kept thinking they think like me! All those crazy insights are like light bulbs going off in your head with them.’

Jennifer, who broke up with Casper Smart, her dancer and on and off boyfriend of years, during an interview withe Ellen said:

‘I hate that they have a label for a woman who would date a younger guy. If a younger guy is interested in you, what’s the big deal? What’s the word for the man who’s after younger girls?’

‘still believe in the fairy tale’ and remains hopeful that if she continues to work on herself she will find the perfect romance which will ‘last forever’.

She, also recently broke up with Canadian rapper, Drake, who was over 10-years younger than her. It should be noted that Casper Smart, was also 20-years younger.