“Mama, I finally got my freedom” – Leah Sharibu’s mum claims her daughter visits her in the dream 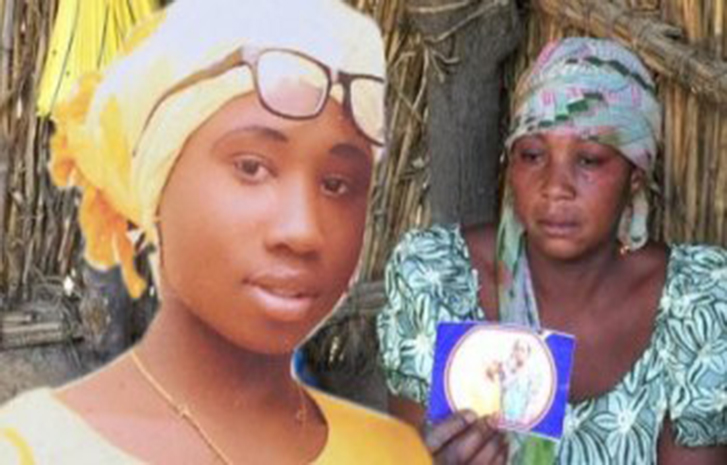 Mrs Rebecca Sharibu, the mother of Leah Sharibu, the only abducted Dapchi school girl still in Boko Haram captivity, has disclosed that her daughter appeared to her in a dream.

According to Daily Trust, Mrs Sharibu said her daughter appeared to her at midnight, wearing a red dress, with a huge smile on her face,  claiming that she had finally gotten her freedom. Quoting her daughter, Mrs. Sharibu said:

“I finally got my freedom, Mama.”

“Mama, I really suffered in Boko Haram’s hands. We sleep on leaves and barely take baths, but they fed me well.”

Mrs Sharibu further revealed that when she woke up and discovered that she had been dreaming, she was very sad.

“Yes, we hugged each other very tight in such a way that no force could separate us, before narrating her ordeals to me. “Those minutes of excitement nearly took away all my sorrow. “Sadly, it was a dream. I cried when I opened my eyes and realized it. I tried going back to sleep for more, but I couldn’t. “I cried throughout that night and prayed that God should make it reality.”

She noted that her daughter will not be returning to her school in Dapchi when she regains her freedom; and lamented over the fact that since the incident occurred, no official from the state or federal governments, or even the school principal, had visited her home.

“I’ve already transferred her brother to a school in Jos. She is the only one I am waiting for now. “It’s very sad and frustrating, each time we hear something from the media about our daughter. Recently, government said that negotiation for my daughter’s release is complicated. “As parents, we should be informed of any development before going to press. “The government’s way of relaying the information is making me angrier, and more frightened by the day.” Mrs Sharibu said.