Man allegedly strangles his 2 children before setting them on fire 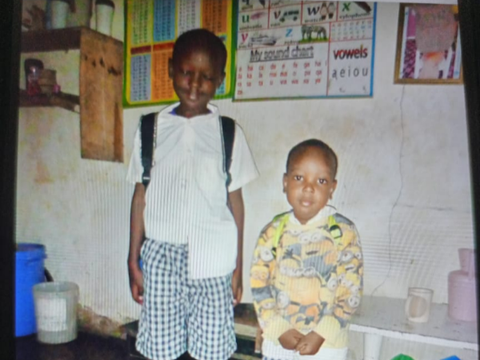 Police in Mombasa, Kenya have launched a manhunt for a man who allegedly strangled his two children before setting their bodies on fire.

In the incident, police say the man, Jason Chacha, 55, allegedly committed the heinous act after a domestic row with his wife.

Mombasa County police commander Stephen Matu noted that preliminary investigations showed that the children were probably strangled before being set on fire.

“We are waiting for the postmortem results which are to be conducted today, however, there is a possibility the minors were strangled before their bodies were set on fire, once we get the postmortem we will be able to make an informed decision on what killed the minors,” he said

He added that detectives had already, launched a manhunt for the suspect who has since gone into hiding.

Chacha’s wife, Maria Broke, revealed that she left the house moments before the incident after her husband whom she has been married for 13 years threatened to kill her if she failed to leave.

“I left the house and left my two children after my husband had threatened to kill me. I headed to my friend’s house where I spent the night to give him space to cool his tempers. Later in the night, I received a call that my children had died in a fire incident,” she added.