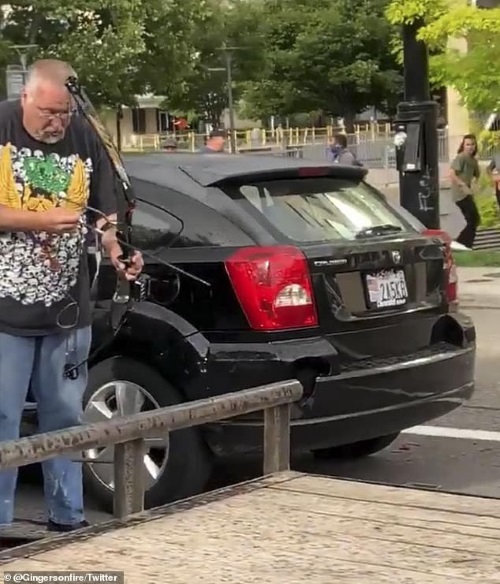 A man who started out firing arrows at demonstrators in Utah this weekend, got a lot more than he expected as he got beaten and also lost his car.

The incident happened in Salt Lake City on Saturday May 30, during a protest against the killing of George Floyd.

The man who has been identified as Brandon McCormick emerged from his vehicle with a hunting bow which he brandished towards the crowd and also threatened to shoot them with. After a brief conversation with one of the protesters who asked him “if he’s serious and considers himself American”, he started shooting at the crowd.

This irked the crowd who swarmed around him and started beating him up. KSLTV reported that SLC police officers managed to pull the man away from the crowd and detain him. It was reportedly at this time the crowd began smashing his car windows and flipping it over before setting it on fire.