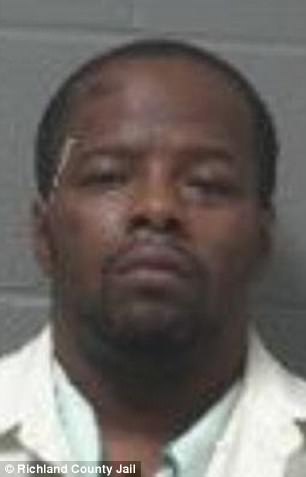 A man from Texas has been nabbed by police after his wife’s lifeless body was found in the back of a vehicle he drove to go visit his new love he met online.

Dequalan Dejuan Harris, 35, and his wife Tamara R. Harris, 33, were in the process of filing for a divorce when she was found dead in the trunk of her own car which was driven by her husband. Cedar Hill police disclosed that the couple has a previous non-violent call history to 911.

Tamara, from Cedar Hill, Texas had been reported missing on Friday. Her relatives who had not heard from her or her young child for several days were the ones who notified Cedar Hill police that she was missing. Officers used the OnStar system in her 2015 Chevy Traverse to try and find her. They were able to locate her car in Mansfield, Ohio, about 1,150miles away from Cedar Hill and they notified Mansfield Police.

Mansfield Police found the car parked on the street on Saturday morning while Dequalan was inside one of the homes with another woman. The woman was Demika Rucker, who Dequalan met online. He had driven 17 hours from Texas to Ohio to meet her. Demika said Dequalan arrived her home at about 3.30pm on Friday.

When Dequalan was asked about his wife’s whereabouts, he told police he hadn’t seen her since Thursday when he picked up her child from her home. Mansfield Police arrested Dequalan after he tried to run away. Before towing Tamara’s car, officers found her body in the trunk.

Dequalan is being held on charges including resisting arrest, obstructing official business and abuse of a corpse, which is a fifth-degree felony. He pleaded not-guilty at his video arraignment at Richland County Jail in Ohio Monday. Mansfield Municipal Magistrate Phil Naumoff ordered bond be set at $1million. Naumoff also ordered a personal recognizance bond and electronic monitoring.

The child who was found with Dequalan is in custody of Children’s Services in Ohio while other family members are being tracked down with the help of Texas Child Protective Services.

The Mansfield Police Department is investigating Tamara’s death with the help of Cedar Hill Police. An autopsy on the dead woman’s body will determine the cause of death.