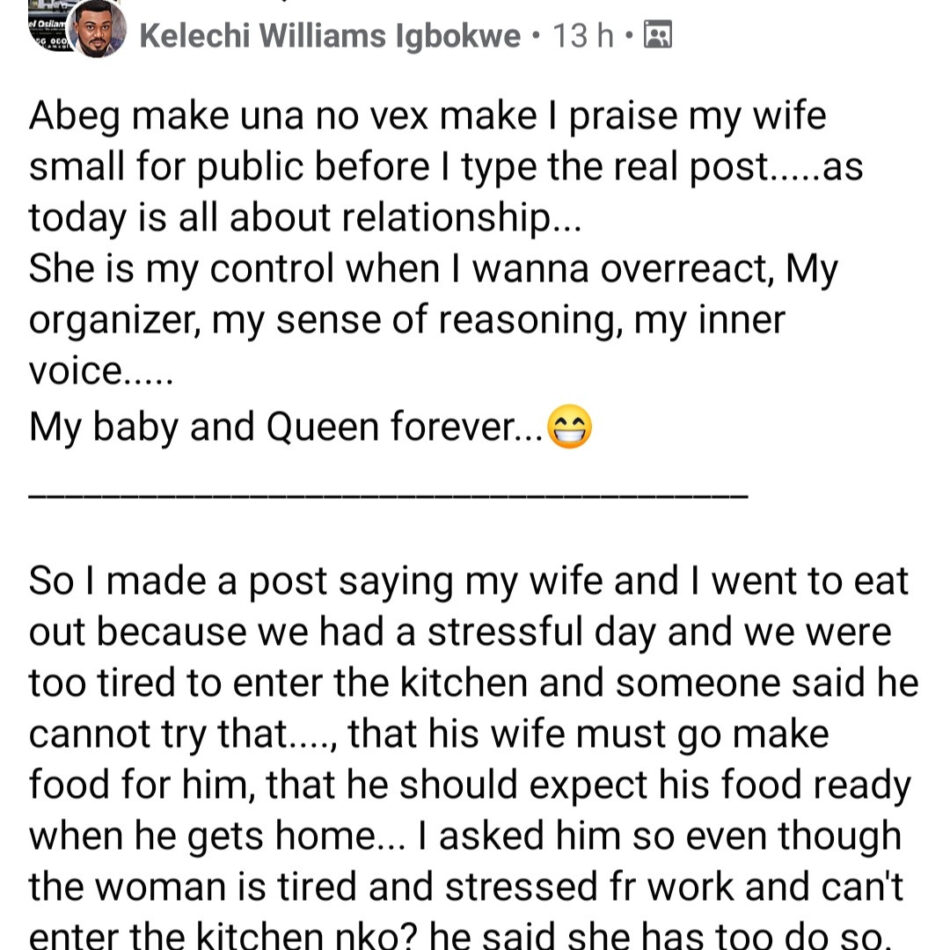 A man has taken to Facebook to narrate how he went out to eat with his wife because they were both so tired at the end of the day and a man then criticized him.

The man who warned against listening to advise says he was advised that no matter how tired his wife is, she must cook because a man, has no business in the kitchen adding that the man told him that he is spoiling his wife when he let’s her get away with not cooking.