Man Sues GTBank For N100M For Allegedly Defrauding Him With ATM 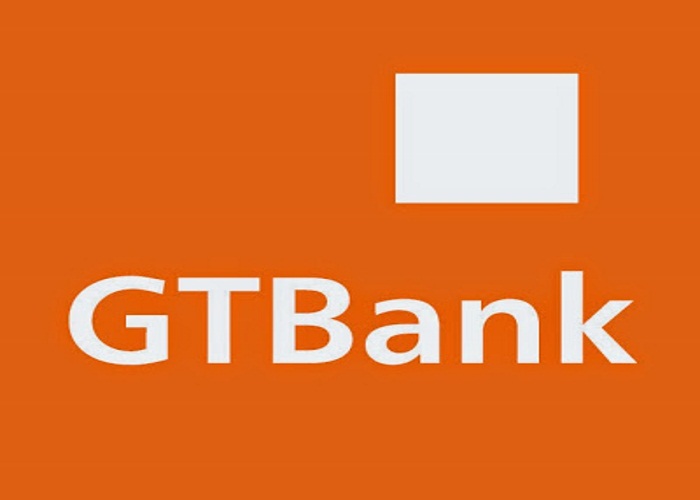 A customer of the Guaranteed Trust Bank (GTB) Plc, Yusuf Ozi Usman has threatened to drag the bank to court, claiming N100 Million incidental cumulative damages over alleged fraud involving the sum of N20,000 that got stuck in the ATM machine of the United Bank for Africa (UBA) in Abuja since February 16 this year.

Usman, who has already forwarded a petition to the financial regulatory committee of the Central Bank of Nigeria (CBN), copies of which were dispatched to the Economic and Financial Crime Commission (EFCC) and the Independent Corrupt Practice Commission (ICPC) said that he had asked his lawyers to prepare the case to be filed in a court soon.

In the petition made available to Newsexpressngr, Usman said that he went to the UBA’s ATM machine at Owena House 1 in Central Business District (CBD), Abuja on February 16 to withdraw the sum of N20, 000.00 for urgent business transaction.

According to him, the said UBA ATM machine failed to dispense the money as a result of which he reported promptly to the GTBank, which is the one keeping the money.

He said that several visits he made to the GTBank to rectify the matter did not yield any positive result, adding that after much pressures, UBA was forced to produce photo footage of the said ATM transaction.

Usman said that he was embarrassed when GTBank displayed the UBA’s photo footage showing that the N20.000.00 was dispensed to him as was requested.

The customer made it clear that the UBA ATM did not dispense any cash to him, adding that the photo footage only showed him standing by the ATM machine “but did not reflect that fact that cash came out and he collected it.”

Usman described the photo footage as part of the computer fraud that is fast characterising ATM transactions across the country.

He provided a proof of the fraudulent activities of the banking system now with another bank forwarding the account details of one of its customers directly to him with a claim that the details belong to him (Usman).

The full text of the petition titled:

Save Me From GTBank Plc/UBA Plc Conspiracy To Technically Deny Me My Money Through Faulty ATM Transaction goes thus:

“I wish to humbly ask you, as the Nigerian nation’s financial regulatory body that is also battling financial crimes, to take necessary steps not only to help me retrieve my N20,000.00 plus other inconvenience damages, amounting to N100 Million, from the GTBank Plc (the custodian of my savings), in connivance with UBA Plc (the dispensing bank) but also to mete out appropriate penalties to the two banks for the obvious criminal denial of my legitimate money which violated some sections of the financial regulatory law.

“It all started on February 16, 2015 when I “appeared” before the ATM machine of the UBA Plc at Owena House 1, Central Business District, Abuja, FCT, and inserted my ATM card for a request for N20,000.00 to enable me conduct quick business transaction. The said ATM machine gave excuse why it could not dispense the cash that I requested for and asked me to remove my card, even though, the GTBank had quickly sent an alert to me through text message that N20,000.00 had been withdrawn.

“I went to the GTBank branch at CBD, Abuja to lodge a report when the money did not revert after an hour. The bank’s operative asked me to go and await for the reversion within the next 24 hours.

“As the situation remained the same, I went back to further lodge complaint but the GTBank’s operatives, after several visits thereafter to make the bank revert the money which UBA claimed was dispensed to me, then placed a request to UBA, owner of the ATM machine in question, to do a photo footage of the transaction.

“I was embarrassed and disturbed when the footage came out and still insisted that the said N20,000.00 was dispensed to me. The analysis of the footage showed me standing by the said ATM machine as I was making the request but did not in any way, showed CASH being dispensed and I COLLECTING such cash.

“Following this analysis by my lawyers and financial experts, I wrote a letter, dated April 8, to the management of the GTBank via the branch earlier mentioned, to retrieve my money and revert same, with two weeks ultimatum.

“It may interest you sir to know that in the petition, I drew the attention of GTBank to the fact that this was the third time I had came across bank computers or internet system telling BLATANT LIE because I knew for sure that UBA ATM did not dispense the said N20,000.00 to me.

“It may also interest you that carelessness and fraudulent activities are now being perpetrated by most of the banks, with one of them even sending me the account details of a customer which it claimed were mine thus: “We wish to inform you that a transaction occurred on your account with us.

“The details of this transaction are shown below:

“I pray and hope sir, that you would act fast on this matter by causing the GTBank and UBA to revert my money and settle whatever damages you consider appropriate for the inconveniences, embarrassment and hardships which the two had jointly and severally caused me, and above all, by taking a critical look at the general banking system in Nigeria today with a view to protecting innocent depositors from all sort of frauds from within.