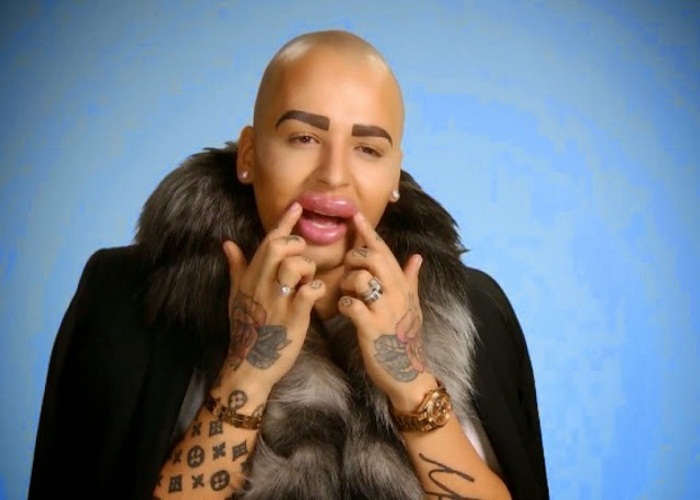 Jordan James Parke spent over $100,000 on cosmetic surgeries to make his face look like Kim Kardashian’s.

The 23-year-old British makeup artist has had botox, fillers and facials inspired by his idol; he has even indicated interest in having fat injected in his butt to complete the signature Kardashian look.

But Jordan is having some problems now: the lip filler used to plump up his pout has started to leak!

Speaking to the doctor’s on E!’s plastic surgery correction show Botched, he said “I wanted just a little bit of definition and they just got bigger and bigger,” he told the doctors. “(Now) I’m worried if they keep leaking I’m going to end up with small lips again!”

Apart from the potentially disastrous situation with his lips, the botox has also rendered the young makeup artist almost expressionless; “I can’t really move my face,” he said.

Still, he is undeterred in his quest to replicate Kim Kardashian’s looks because, as he explained, he is getting attention to his lips.

“Any attention is good attention,” he insisted.