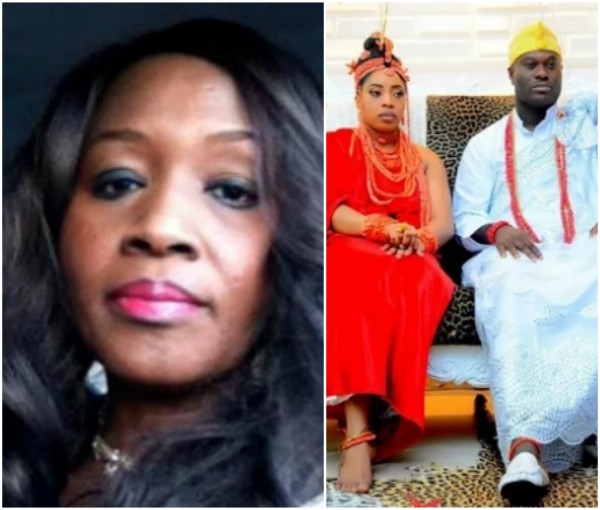 Controversial journalist, Kemi Olunloyo has reacted to the alleged marriage crash of Ooni of Ife and his Queen Wuraola which is just 17 months old.

According to Kemi, the marriage was “arranged” from the beginning.

She shared the above photo and wrote;

“SHOCK!!
I dont know what to call this!! Reports of a King DIVORCING especially in a yoruba mornach is very troubling. This marriage was “arranged” from the beginning. Ogunwusi’s ex wife at the coronation then vanishes, then Wura married the next month and some reports say the oracle has already picked yet a new wife. Wuraola Ogunwusi preached SUBMISSION to your husbands. She stated clearly at an American women’s summit that she was not a fan of gender equality, something I blasted the government about. I am married and it’s 50/50 over here. Next she shows up at celebrity domestic violence rallies. Mornach snitch says the breakup borders around loyalty. Was she suffering abuse, domination or worse? We don’t know. She had no children with the Ooni either.
So so sad! Goodluck to the ex Queen who I call #MadamOoni now said to have moved back to #Lagos. See how long it took me to marry? Life ain’t perfect.”