Marriages Are Failing Today Because Of Ladies Attitude – Bishop Oyedepo 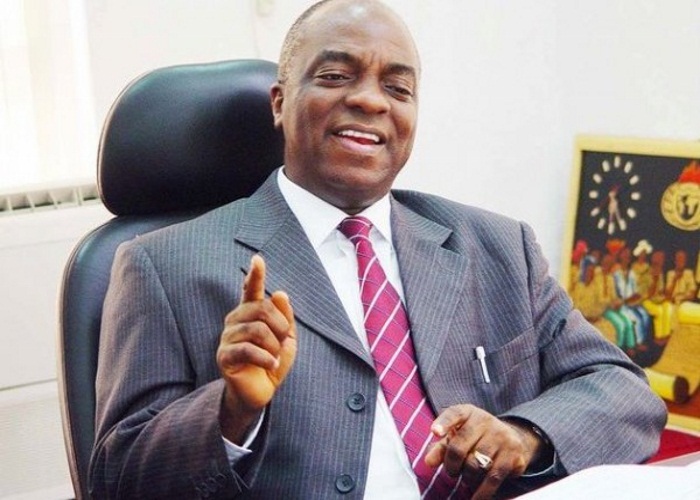 Founder of the Living Faith Church (Winners Chapel) Bishop David Oyedepo, has attributed the high rate of divorce cases in the world today to the erroneous uproar for women liberation…

I often tell ladies close to me that marriage is like culture, if you try to cover it too much with modernity it is going to explode. Any lady who want to deceive herself by thinking that she and her husband are equal will become a divorced wife or first wife faster than she could have ever imagined.

Men marry more than one wife and it didn’t stop God from working with them. Ladies, it is in your place to be submissive to your husband as directed by the Bible, do otherwise and you will blame yourself.

Oyedepo who presided over the Third Service of his church in Ota, Ogun State on Sunday, noted that the increasing talk about equality between men and women have sadly spilled into their marital lives.

Adding that, such women now equate themselves with their husbands against the biblical doctrine that advises women to be submissive to their husbands and that men should love their wives.

He said cases of divorce were many these days because some ladies have thrown the dictates of God away and have instead started imbibing self-made laws that confer on them near-absolute freedom.

This, he said, was partly the reason behind the laws approving homosexuality in foreign countries.

Speaking comically but with seriousness, he warned that if this talk of blind equality and homosexuality is not checked, “Very soon, you would see a male President and the First Lady would be a man.”

Nowadays, “they take churches to court for refusing to marry men. That is how the world has turned.”

He told the congregation that women must be submissive to their husbands and that if they follow such with prayers, even if some husbands are wayward, God would return them to the family.

He also advised married men to avoid being blown away by the things of the world as they must learn to love their wives as the Bible had instructed.

“When you work in the light of scriptures, you create an enviable future,” the Bishop stressed.