“I married as a church girl, young, innocent and shielded but entered a home that violence and abuse was the order of the day” – Nigerian pastor reveals 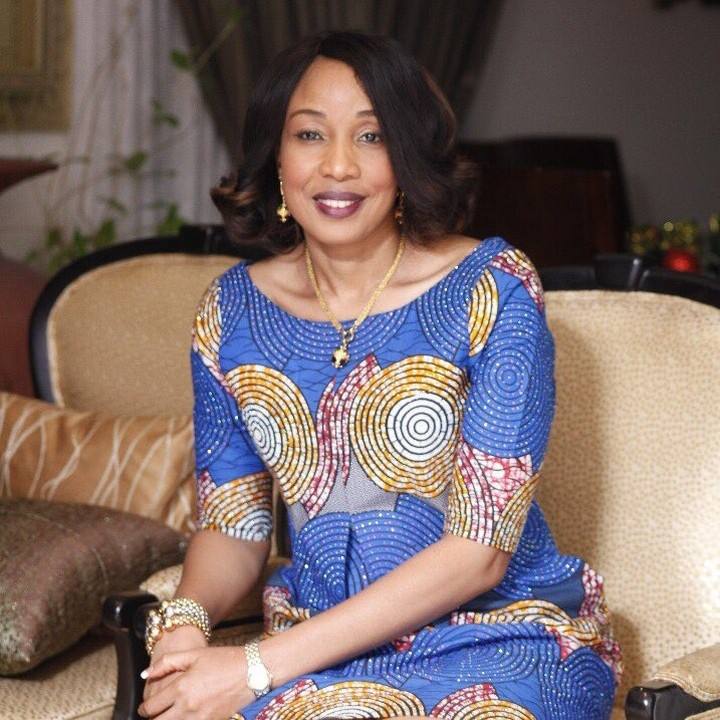 A Nigerian pastor, Michale Matthew has revealed she dumped her marriage after suffering several years of domestic violence.

“My personal experience with domestic violence and it’s abuse!

To the ladies out there, I have never spoken openly on social media about the abusive marriage that I was in for so many years primarily out of respect for my children but seeing the deaths on both the men and women’s side, am making an exception with the hope of encouraging someone who is in such a space. I pray my writing this will help some one take the decision to leave an abusive and violent marriage. I married as a church girl, young, innocent and shielded but entered a home that violence and abuse was the order of the day. Another days story…. but back to the point.

I know death to be terrible and so final and as such I pray women or sometimes even men have the courage to leave an abusive marriage. It took me over 13 years to gather the courage to finally close that door. I am a Pastor, I thought to myself. I am the last child of a large family. What will people say. She must have been the problem. I grew up a bit sheltered but I felt people will criticize me for not making it work, so I tried harder, served harder, it was met with more scorn and pain. Thank God for my family. Today the rest is history. I am happy, finding balance daily and grateful for friends and family who said it was okay to leave. It is never worth it to take a human life. I was so hurt by the meanness and violence and I was getting cowed so much so I contemplated hurting him if he ever laid hands on me and only grew angrier when he did and I did nothing but I knew I had to leave when I was grievously wounded a couple of times and found myself seeking ways to revenge but I did not want to die, I was given various forms of advice, some good and some absolutely devilish and I had many questions with no clear answers, who will take care of my children as well I would if I got harmed but I was despairing and still wanted to make the marriage work as a Senior Church Pastor concerned, lol! God doesn’t place those burdens on us, we do so with our people pleasing attitude and holier than thou behavior, please know two must make it work. It’s never one person’s responsibility. Thank God for my family again and good friends. Today the rest is history. It is never worth it to take a human life. I was so hurt and angry and to be frank it was so I did not harm him or by extension myself that I eventually left as I felt if he hit me again I could harm him but I did not want him to die or me too and hurting someone particularly when it is premeditated is purely evil. Eventually I gathered the courage and ran. I am so glad I did. If you are in that situation run. It’s never worth a human life. Every life matters.

Fast forward to some years later, I am glad I made this choice, I live with my truth and I pray that God helps him but I am free and getting healed emotionally. The fact that I can dare write this amazes me. I am quite private but I think our silence doesn’t help sometimes as people just need support when they are in such a place so it’s no longer about me but about helping others and in so doing I find my healing and more joy too.

Girl! You deserve better. Don’t allow society or your own fears hold you in bondage and fear. Every one is special. I survived and I thrive and you will.” 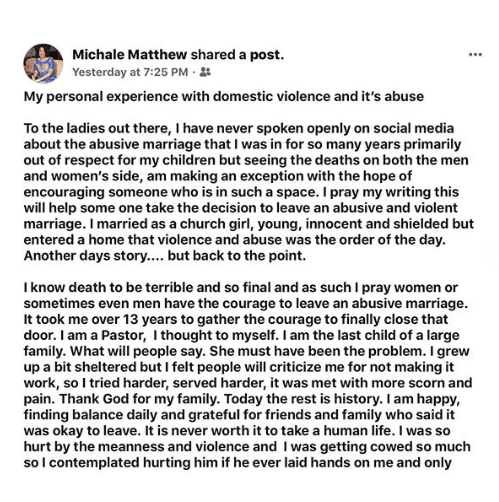