Married man destroys Range Rover he bought for his side chick at a popular nightclub in Ikoyi for ‘cheating’ on him. 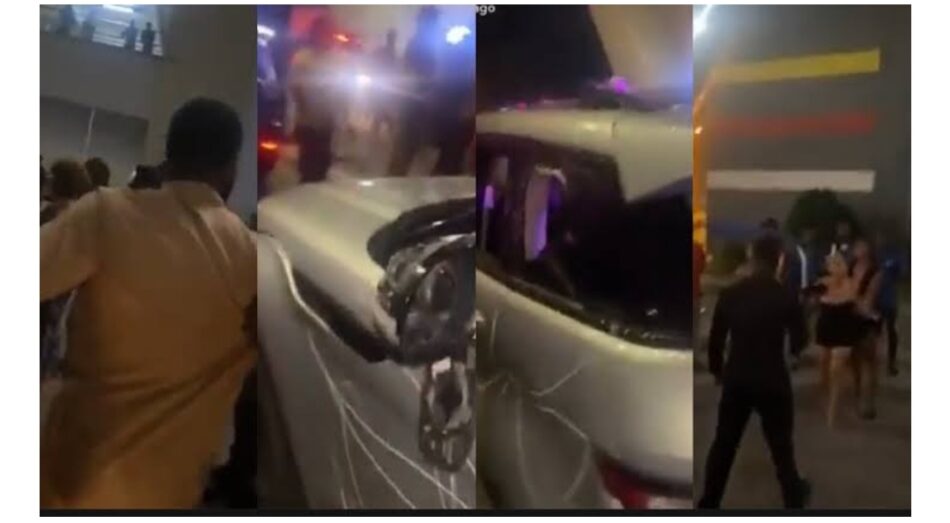 A married man caused a scene at a Lagos Night club when he destroyed a Range Rover he supposedly bought for his side-chick after she allegedly cheated on him.

A video from the incident which happened over the weekend at a popular club in Ikoyi, shows the damaged Range Rover.

The man is seen being restrained by security guards as he rains curses on his alleged sidechick who is also distraught at the state of her car. He can be heard yelling that he bought her the car while calling her a prostitute for cheating on him.

Some passersby can also spotted in the video, calling out the woman for ‘cheating’ while others seemingly blamed the married man for overreacting.

This has stirred a lot of reactions on social media as many people are shocked by his actions and also feel pity for the man’s wife.