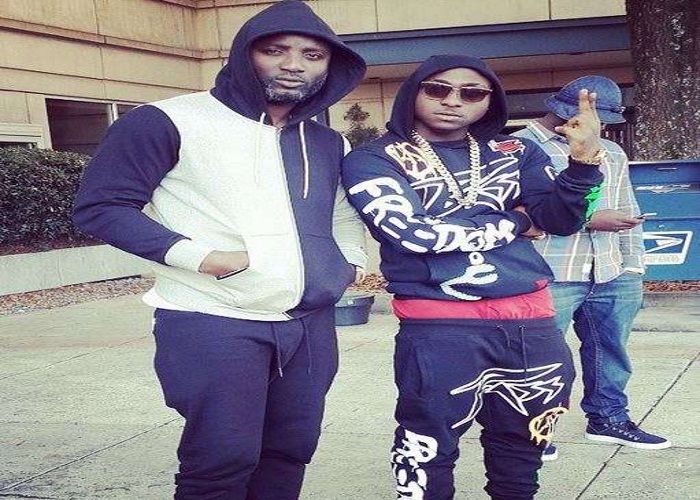 The singer’s manager, Kamal Ajiboye confirmed the altercation but denied his artiste’s involvement.

‘I was actually there with them earlier in the day but I left before the fight started.

I’ve spoken to both of them, and what happened is that, first, you know Davido and Galaxy are friends, he always invites them for his comedy shows and most times he makes jokes out of them at his shows, the boys didn’t like it and they’ve been warning him about it for a while.

“So I guess at the studio, he started again, he began comparing his career to B-Red saying he’s bigger than B-red.

They argued over it for a while then he turned to another HKN boy, Lati and called him a driver and common houseboy.

Lati has also been warning him not to call him a driver because he’s a Personal Assistant and not a driver but he didn’t listen.

So David(o) was fed up and just told him to leave.

From what I heard, David didn’t touch him, it was Lati that pushed him and that led to a fight.’