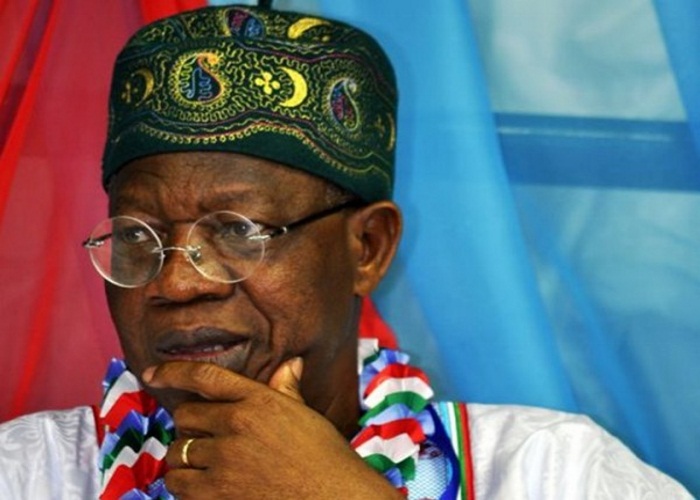 Minister of information,Lai Mohammed, believes the Nigerian military has largely succeeded in defeating Boko Haram because the insurgents are now “only operating from one or two local governments”.

But he urged the media to stop “giving oxygen to the terrorists”, saying the war cannot be successful without the cooperation of journalists.

“Just as I said in my meeting with the newspapers editors in Lagos on the 21st of December, the military has largely met the deadline to defeat Boko Haram, and the military has matched the capacity of terrorists to carry out the attacks they used to,” he said on Channel Television’s Sunrise Daily.

“Of course, I also mentioned that the terrorists will continue to attack such targets as markets, motor parks, entertainment centres and houses of worship; and this is exactly what is going on.

“We know that in an insurgency, the war does not end in one day. The attack on soft targets will continue, but we also want to appeal to the media to stop giving oxygen to the Boko Haram insurgency.

When we glamorise the attacks, it gives the terrorists more life and in a time of insurgency like this, the media also has a role to play, which is not to glamorize the attacks.

And if you look at the context, about a year ago, Boko Haram had complete control of 20 out of 37 local governments in Borno state.

Lai argued that isolated bomb attacks on soft targets should not be confused with insurgency, saying such soft attacks will be very hard to eliminate.

“It is possible for insurgents to lay ambush on the road; it does not mean they are in control of that local government.

“We are not saying we are going to eliminate ambush or attacks overnight; it is never done in any insurgency. But what we are saying is that given the fact that just less than a year ago the entire north-east was almost in their complete control, and today they don’t have that kind of command, I think it is only one or two local governments in which they have way at all; and even with what the army have done in the last couple of months, we are very hopeful that before the end of the year a lot of progress would have been met. The media also needs to play its role now and that is also reporting equally the progress reports.”