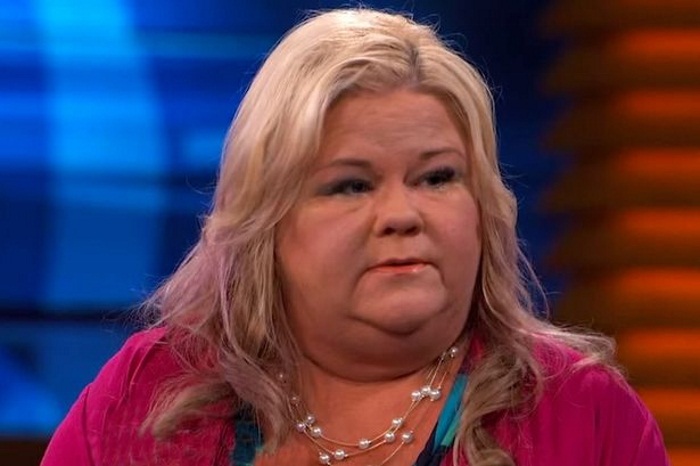 You see this woman whose photo you see above? Well, she just sent almost £1million to a man she’s never met after they fell in love online.

According to UK Mirror, Sarah who has been divorced twice met a man calling himself Chris Olsen 18 months ago via an online dating service and their romance soon blossomed.

He told her he is originally from Milan, Italy, but moved to the United States 18 years ago.

The pair talk for hours on the phone every day and Sarah said she quickly realised she had fallen for Chris.

“An attractive person came on there and said ‘you look like you wouldn’t hurt a fly’,” she told the Dr Phil Show.

“I thought ‘wow, this guy is really handsome, I can’t believe he’s talking to me.’

“Chris has a way with words. He’ll say ‘how is my queen doing today’

“He’s very poetic when he talks to me.

“He writes ‘Mrs Olsen, I love you and I cant wait to be with you’.”

The only problem is, she has never met him in person – but he told Sarah he is a widower with two daughters, and he had been in South Africa for business purposes, but he is now stuck in Benin, West Africa, after getting in “trouble” with the government.

Over the course of their relationship, Sarah has sent almost £1million dollars to Chris for problems including stolen cards, calling cards, hotel bills, lawyers, a nanny and when his visa expired.

Sarah sold an apartment she owned and sent him more than half a million dollars to get him out of jail.

She says Chris has made “five or six” attempts to leave Africa for the US, but each time is thrown back in jail.

“I have questioned several times whether or not this is a scam,”

“But I’m 95 per cent certain that Chris is telling me the truth.

“I still believe in love.”

Uhmmmm!!! If they can trace the Chris of a guy sure he’s gonna be a Nigerian.Chai!!! See Scamming of the Highest order oh…Pls Abeg!!! One word for Madam???