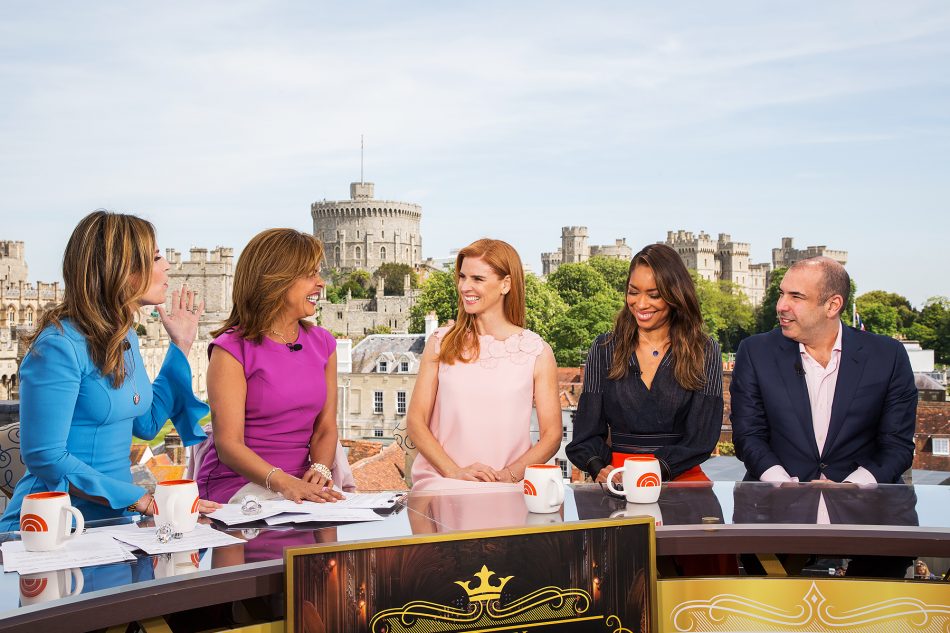 Meghan Markle’s  former Suits co-stars, Gina Torres, Sarah Rafferty and Rick Hoffman, are officially in London ahead of the royal wedding. They spoke about Meghan’s royal wedding on The Today Show with Savannah Guthrie and Hoda Kotb.

“They’re a great match,” Sarah Rafferty said. “We worked together for so many years. We were with each other longer than we went to high school. This is a wonderful family affair.”

Rick admitted he found out about Meghan and Harry’s relationship early on, and couldn’t help but get protective over his friend. “I had gotten the news early and I was like, you’ve got to be kidding me,” he said. “It was like both of us in the trailer, just kind of like ‘you’re dating a prince?’…and then I was just like take it slow, be careful, don’t let him hurt you.”

Meanwhile, Gina said she knew “very little actually” about Meghan’s romance before it was revealed to the world in October 2016. “I mean we knew she was excited and there was reason to keep it close to the vest,” she said, adding of the moment she received her invitation to the wedding: “I was [shocked]…I hope nothing but, as we all do, the best for her. This is an incredible step in her life and so to bear witness to that is extraordinary.”

Watch the show below: